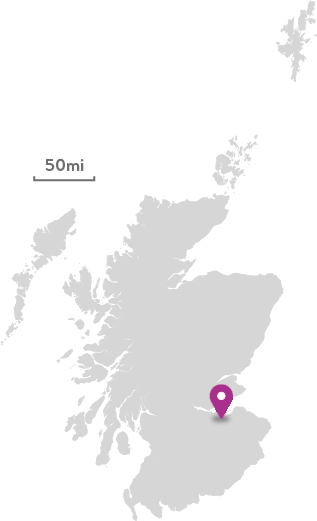 Home to just under 500,000 people, Edinburgh is Scotland’s capital city. However, don’t let its small size deceive you, Edinburgh’s population swells to more than double this when people come from all over the world for the summer festivals. During the month of August everything from small side-street venues to large concert halls brim with artists and festival goers. This is because Edinburgh is home to the world’s largest arts festival – the Festival Fringe! New Year is also an amazing time of year to visit Edinburgh when the Hogmanay celebrations take place and we play host to some of the world’s biggest parties!

Scotland’s capital city also boasts an impressive range of dining options with more restaurants per head than any other city in the UK. This includes five Michelin-starred restaurants - second only to London.

If you love getting up close and personal with some of the world's most impressive wildlife, then Edinburgh Zoo is definitely the place to be. The 82-acre complex just outside the city centre is home to Britain's only giant pandas, Tian Tian and Yang Guang.

You’ll also have lots of opportunities to go shopping, with many designer brands set up in the city centre such as the UK’s own luxury department store Harvey Nichols. There's a great international feel to Edinburgh, with designer stores from all over the world, including Louis Vuitton, Armani, Calvin Klein, Burberry and Hugo Boss. No wonder people from all over the world bring a little extra spending money when visiting the city.

In 2017, Edinburgh was ranked 2nd best in the world for quality of life. It is certainly one of the most historic cities in the United Kingdom, with buildings such as Edinburgh Castle and the Scott Monument towering over the skyline. In 2020, it was named the best UK city to live in for the millennial generation according to a survey conducted by price comparison website comparethemarket.com

More on Edinburgh at visitscotland.com 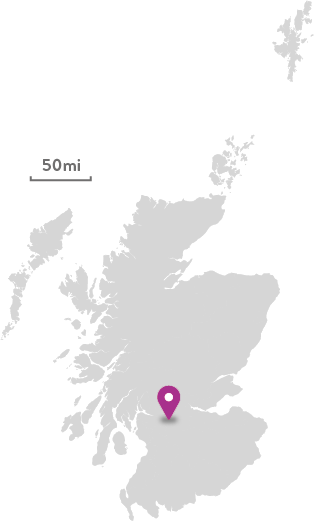 Glasgow is Scotland's biggest city, home to nearly 600,000 people. Glasgow was also known as the second city of the British Empire. There is incredible historic architecture from the 18th and 19th century which contrasts beautifully new modern buildings as the city continues to grow and thrive.

Glasgow is famous around the UK as a great shopping destination and there's an incredible amount of stores for you to browse. From top fashion brands to quirky boutiques Glasgow definitely has something to offer all shoppers.

Some of Britain’s greatest young fashion designers, including Christopher Kane, Jonathan Saunders and Deryck Walker, are from Glasgow. With the greatest concentration of creative industries in the UK outside London, Glasgow’s world-leading cultural life is constantly evolving.

Glasgow dining is hard to beat with over 2,000 bars and restaurants serving mouth-watering food! The city is packed with established Scottish restaurants as well as experimental establishments that are driving cuisine forward with the trademark Glaswegian charm.

There's plenty to keep you occupied, from picturesque parks like Glasgow Green to award-winning museums like Kelvingrove Galleries. One of the reasons Glasgow has earned a reputation as such a fun place is its eclectic music scene - you'd expect nothing less from a UNESCO City of Music. Glasgow’s music scene covers every possible style of music over a staggering number of gigs each week. If you're a fan of live music then Glasgow is the city for you.

More on Glasgow at visitscotland.com 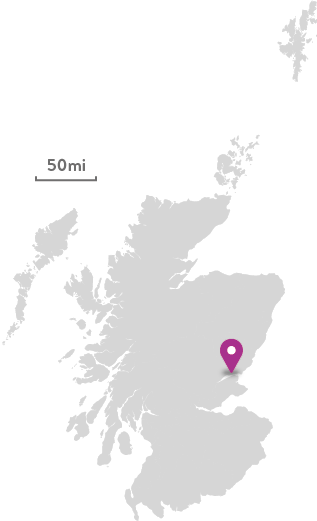 With just under 150,000 people, Dundee is Scotland’s fourth largest city and in 2015 it became the UK’s first UNESCO City of Design.

Like Scotland’s other cities, it blends modern living with the opportunities afforded by the nearby countryside. Dundee is a centre of innovation, the birthplace of the best-selling video game Grand Theft Auto and the is now the location of the V&A Dundee, the first V&A Museum outside of London.

There are great events in Dundee year-round, such as the Jazz Festival and Scotland’s biggest food festival. If trendy restaurants and bars don’t appeal to you - Dundee has easy access to some incredible outdoor experiences like hiking and white-water rafting in Angus.

More on Dundee at Visitscotland.com 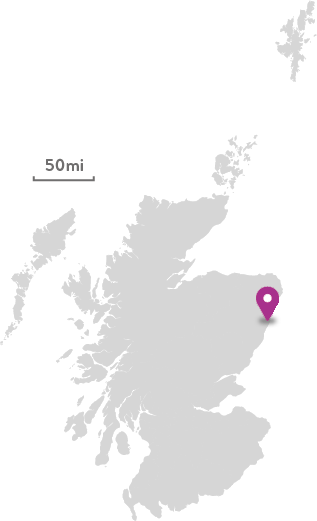 Aberdeen is regularly named the UK's sunniest city and the north-east is the driest region in Scotland. In mid to late June it never gets really dark, with the sun setting after 10 pm and rising at around 4 am.

Aberdeen has the highest business inception rate in the UK after London and is home to 900+ energy companies providing up to 40,000 related jobs. Aberdeen is changing and the city is using its knowledge of the energy sector to lead Scotland in a renewable energy revolution.

Aberdeen has a great mix of city activities and lively outdoor opportunities due to its location. In Aberdeenshire, there is a golf course for every week of the year, and its coastline provides beautiful beaches for a relaxing getaway and a chance to surf and sail. The city is also ideally placed so you don’t have far to travel to these remote getaways and the magnificent Scottish Highlands.

Aberdeen enjoys a relaxed way of life, but with 195,000 inhabitants it’s still very lively! There is fun to be had in the evenings, with a large number of bars and restaurants which are open until late.

More on Aberdeen at Visitscotland.com 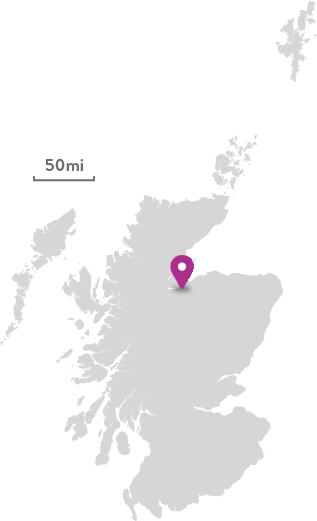 The Capital of the Highlands

Inverness is Scotland’s most northerly city. At the heart of the Highlands, this city is placed perfectly for those who like to get out into the wild at the weekend while enjoying urban life in this compact but beautiful city.

Inverness is rapidly changing and is one of Europe's fastest growing cities with a third of the Highland population living in or around the city. It's also ranked highly as one of the best British cities for its quality of life, with a recent survey finding that Inverness is the happiest place to live in Scotland and the second happiest in the UK.

Inverness offers a fantastic choice of events and festivals from music, golf championships and iconic Highland Games on top of art, history and heritage events.

More on Inverness at Visitscotland.com 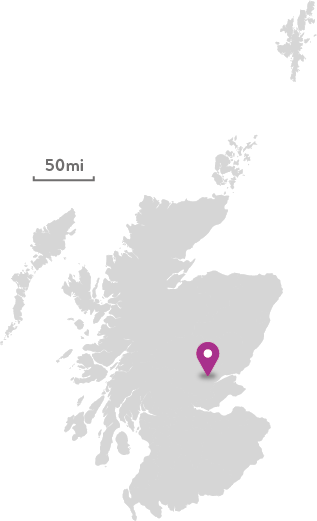 Perth is Scotland’s newest city receiving its civic status from the Queen as part of her Diamond Jubilee celebrations in 2012.

However, Perth is also an ancient place, with a rich and influential history that stretches back over 800 years. Perth was once Scotland’s capital and has always been one of the most important political, judicial and commercial centres in Scotland. At nearby Scone Palace, many of the Scottish kings were crowned on the Stone of Destiny.

Today, Perth is a bustling city of around 50,000 inhabitants. It offers a range of entertainment, shops, cafés and restaurants and is recognised as one of Scotland's premier culinary centres.

Perth Festival of the Arts is one of the highlights in Scotland's cultural calendar with classical music, opera, jazz, rock, folk and visual art taking centre stage. The annual event lasts for a couple of weeks and is usually held in May.

More on Perth at Visitscotland.com 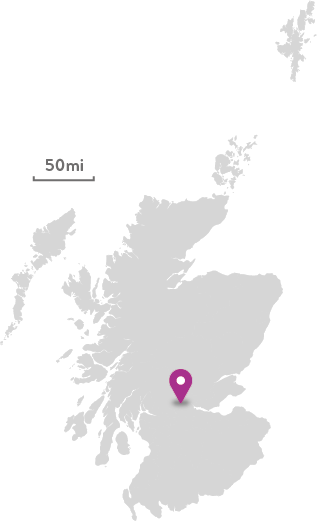 Gateway to the Highlands

Stirling is known as the 'Gateway to the Highlands', situated at the point where lowland Scotland and the highlands meet. It was once a pivotal strategic point and Scotland’s seat of power was at Stirling Castle. Nowadays it's a vibrant university city with great connections to the rest of the country.

Stirling lights up at night, with many clubs and bars gearing themselves towards a vibrant student population, with themed nights and DJs. For those looking for a more relaxed experience Stirling boasts a wide selection of traditional pubs and great restaurants.

More on Stirling at Visitscotland.com 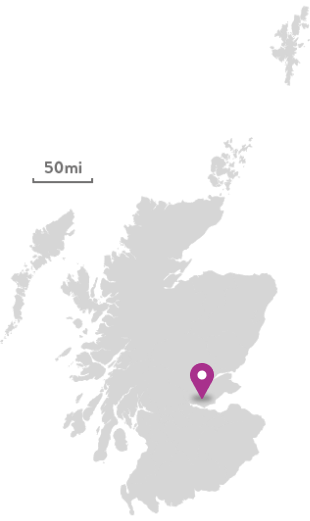 Dunfermline, Fife is Scotland’s youngest city, receiving it’s city status in  May 2022. However, long before Edinburgh held the title, Dunfermline was once the capital of Scotland.

The city’s 12th century abbey is the final resting place of legendary Scottish figure, Robert the Bruce, as well as the burial site of 11 other Scottish monarchs. The city was also the birthplace of famous American philanthropist Andrew Carnegie, in 1835. The city even has its own Carnegie hall.

More on Dunfermline at visitscotland.com