Highland Games are as iconically Scottish as bagpipes, kilts and whisky – all of which feature heavily at any gathering.

The Games are also noted for their unique sporting and athletic events many of which involve throwing and lifting. These include the shot put, tug-o-war, caber toss and hammer throw - collectively known as heavy events. We take a look at some of the traditions and typical features of any Highland games:

The caber toss has come to almost symbolise the Highland games and no gathering anywhere in the world would be complete without it.

In the caber toss, a full length log, usually made of Scots pine, is stood upright and lifted by the competitor using both hands under the bottom of the caber to rest against their body. The competitor then runs forward, building momentum, before tossing the caber into the air so that it turns end over end with the upper end landing before the end originally held by the competitor follows through and hits the ground.

The aim is for the caber to land in line with the original run. If it is straight the toss is said to be in the 12 o'clock position. Competitors are judged on how closely their toss lands to 12 o'clock.

Watch this video for a how-to guide:

The hammer throwing event features a hammer made from a metal ball weighing around 22 lb for men or 16 lb for women, attached to a wooden pole or handle.

Participants use the handle to whirl the hammer around their head and then throw it as far as they can. 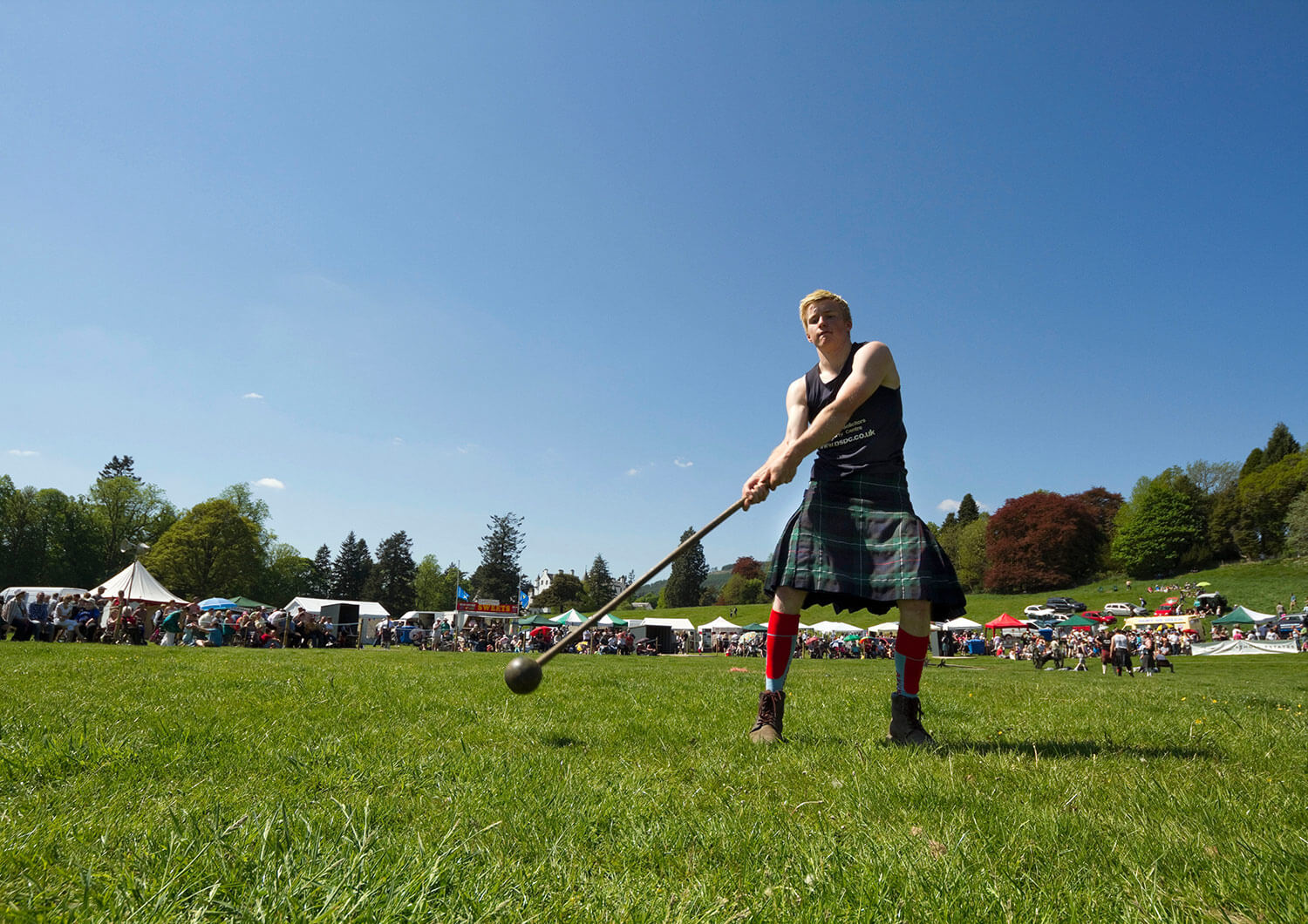 The shot put is a favourite at all good Highland Games. Competitors throw a large stone of around 20 - 26lbs in weight as far as they can. The stone is thrown either after a short run-up to the toeboard or from a fixed standing position, depending on the rules of the competition. The contestant who throws the furthest wins.

Want to learn how to shot put? Watch this video:

Sometimes referred to as 'weight over the bar', this game requires competitors to throw a weight over a raised bar. The object thrown is a 25.4kg (56lb) weight with a handle at the end of a short bar which must be thrown using just one hand. With each successful attempt, the bar is raised higher and higher, eliminating the contestants one by one. American Dan Williams broke the record in 2014 with a throw of 6.17m (20ft 3in).

Want to see how it's done. View the video below:

The tug o'war is one of the most fiercely contested competitions at the Highland Games. This involves eight men pulling against another team of eight, coached by an additional member of the team who shouts encouragement and instructions to spur them on to pull their opposite number across the line. Well worth a watch at any Highland Games. 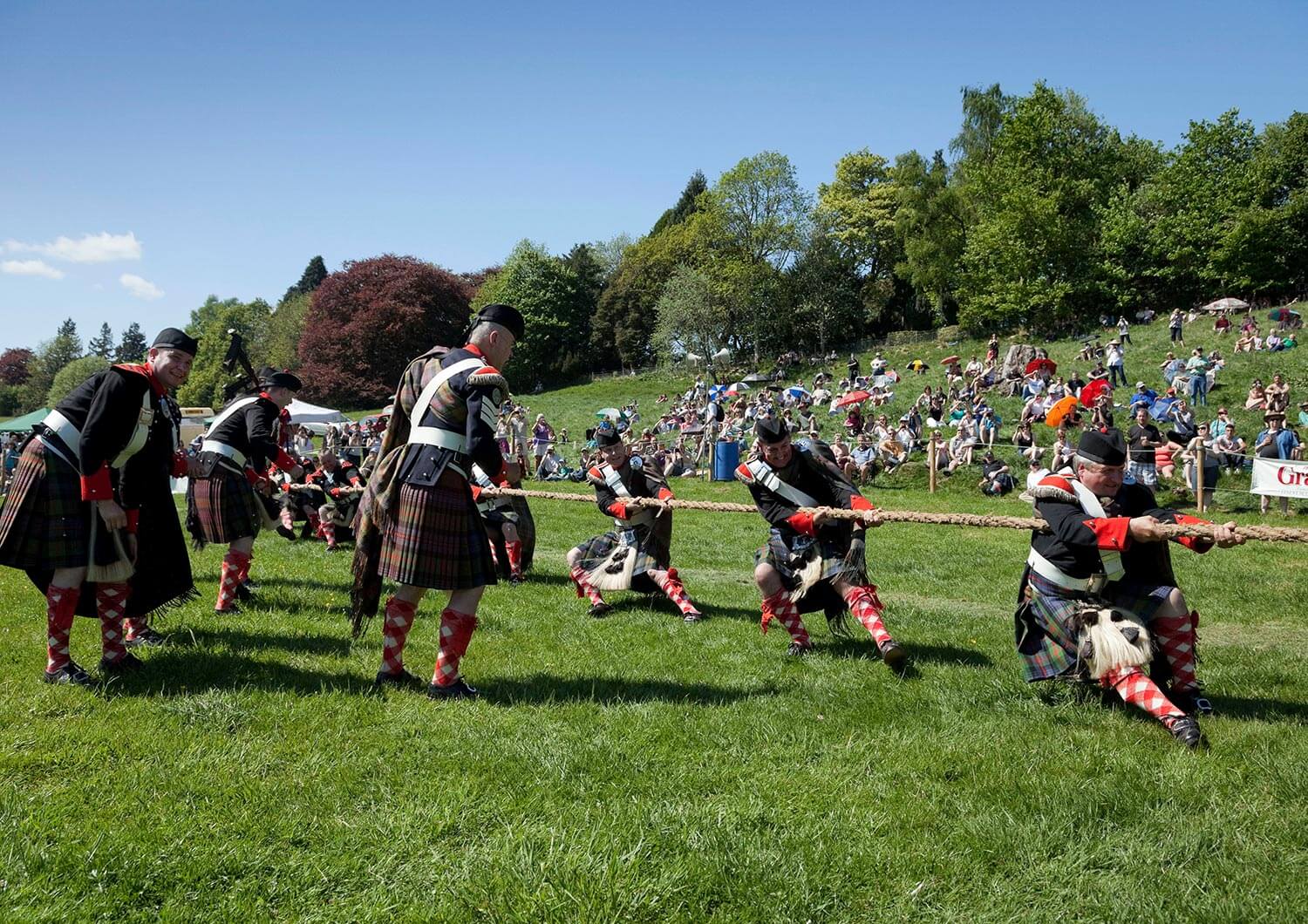 Find out more about participating in a Highland games on visitscotland.com