Highland Games, which take place from Cowal to Tomintoul and all points in between, are a unique mix of the sporting, the cultural and the social. They usually comprise a programme of field and track events, piping and Highland dancing competitions and 'heavy events' like the tug-o-war, the hammer throw and tossing the caber.

It's said the Highland Games originate from Ireland in 2000 BC and that they crossed the water to Scotland with the fourth and fifth century migrations of the Scotti into Dalriada (Argyll) and beyond. Here are some key pieces of trivia about the Highland games which are a highlight in the Scottish summer calendar and one of the country's oldest and most treasured traditions. 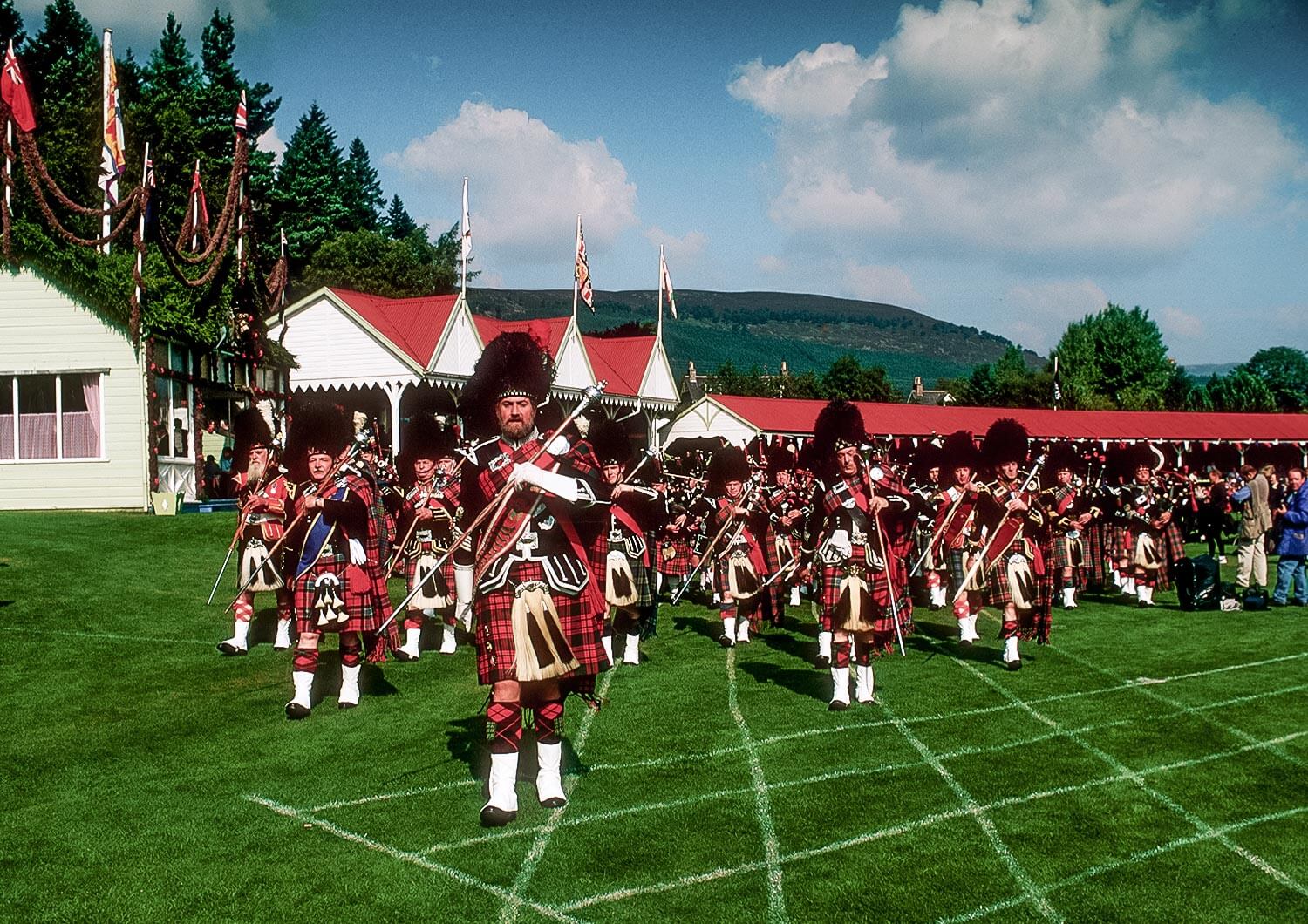 The Braemar Gathering, held in September, is the biggest and most prestigious Highland Games event and enjoys the annual attendance of the Royal Family. Its origins are Royal too. The contests of strength – jumping, running, throwing and riding – were introduced by Malcolm Canmore in 1040 as a means of selecting the most able men for soldiers and couriers.

Highland games events take place almost everywhere in Scotland each year. From major towns and cities to tiny villages and far-flung islands, wherever you are in Scotland, you can be sure there is somewhere nearby which hosts its own games.

Over time the Games grew in number and popularity but suffered a mortal blow with the Act of Proscription in 1746 following the crushing of the Jacobite Rebellion. The act outlawed Scottish dress, customs and gatherings and was in force for almost 40 years. After its repeal the Games started to revive and the fortunes of the national customs were given a tremendous boost with the visit to Scotland in 1822 of George IV. This event is commemorated to this day in two famous Edinburgh landmarks – George Street and George IV Bridge.

Today, the games remain a stirring celebration of Scottish identity and cultural pride which have endured through centuries of political turmoil and upheaval.

Discover more about the history of the games and other fun facts by downloading  A Guide to The Highland Games on visitscotland.com 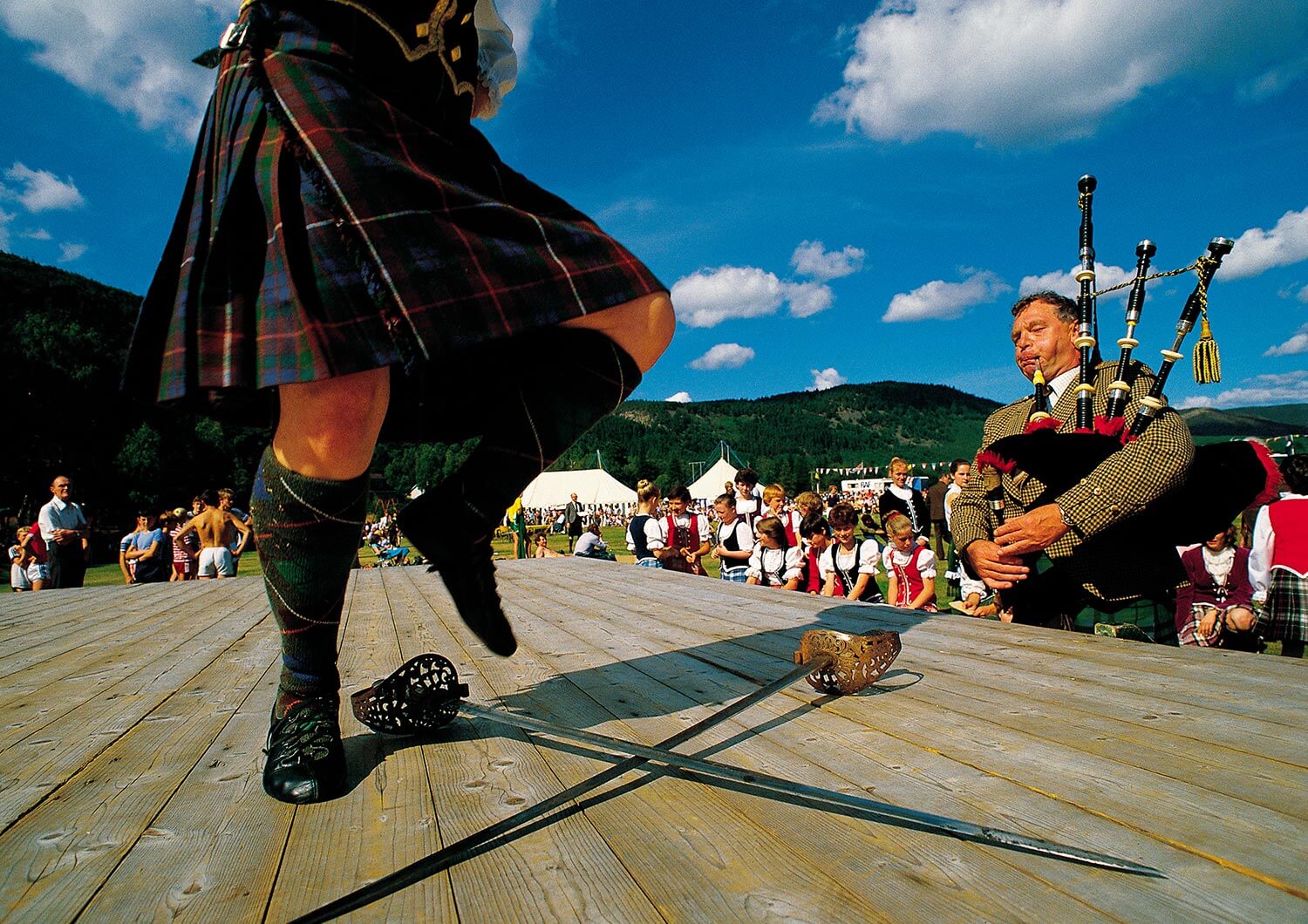 The Games, of course, are as much about music and dancing as they are about sports. Dancing, piping, fiddling, and playing the clarsach (Gaelic harp). There was a competitive element here too. The clan chieftains pitted their pipers against those of other clans and the prestige that came from success was considerable.

The competitive element is a major attraction in its own right but when combined with the spectacle of Highland dancers and pipers and the colour and grandeur of the Scottish scenery which forms their backdrop, Highland Games become a must on any visitor's Scotland itinerary.

Discover more about the bagpipes and Scotland's traditional music on visitscotland.com

Discover more about traditional music festivals and gigs on visitscotland.com

Highland Games across the world

Highland Games have been picked up across continents with the first Highland Games in the USA happening in New York in 1836. The Caledonian Club of San Francisco held its first Games in 1866 and boasts the oldest continuously running Games in the USA with the St Andrews Society of Detroit hot on its tail. Today, in addition to the Games all across Scotland itself, there are more than 200 annual games and gatherings across the US and Canada, with games also in New Zealand and Australia.

Discover the Highland Games taking place in Scotland this year on visitscotland.com