Every year as the long winter nights creep by, Scots look forward to the biggest party of the calendar when, by tradition, we defy the darkness to see out the old year, and welcome in the new. We examine the history and origins of the Hogmanay celebration, take a peek at the festivities that take place across Scotland on New Year's Night. 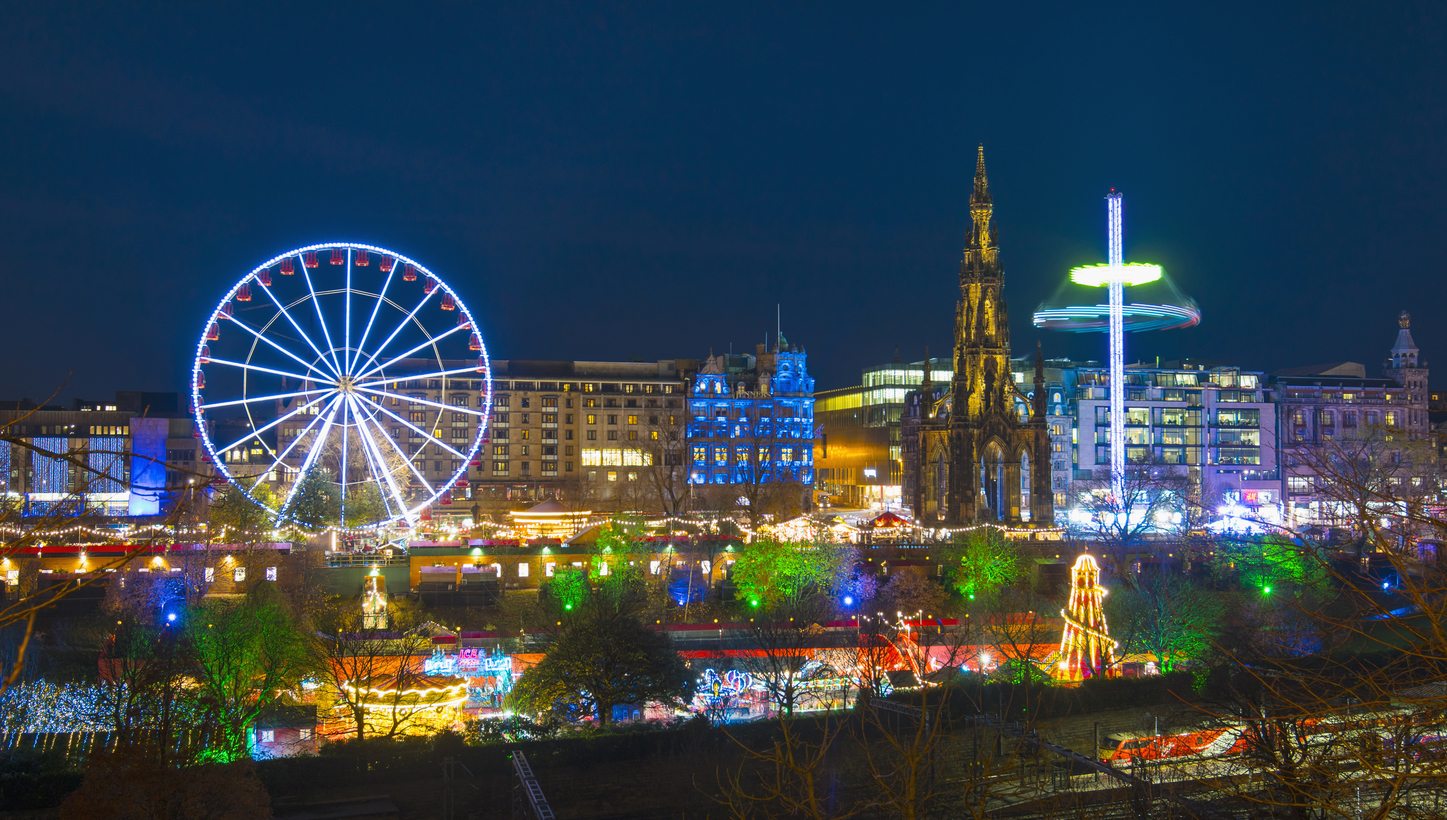 Since biblical times, the time of year around the shortest day has been a period of merrymaking for people in temperate climes around the world. In societies where the day-to-day lives of most people were dictated by the rhythm of the changing seasons, the passing of the longest night heralded the coming of new life to the world. For the ancient Romans, the winter solstice was marked by the festival of Saturnalia, which stretched from the 17th to the 23rd of December. Saturnalia was a time of great celebration, especially for slaves, who would ceremonially switch roles with their masters for the feast. Following Saturnalia, the late Roman New Year began on the 1st of January, giving us our traditional date today and which Scotland has used since 1600. Perhaps the strongest ancient influence on Hogmanay, however , comes from the ancient Norse winter festival of Yule. Viking invaders brought their midwinter customs with them from the far North. To this day in Shetland, where the Vikings left their deepest impression, New Year is known as Yules.

During the Middle Ages, the pre-existing pagan winter festivals were overshadowed by the feasts surrounding Christmas, and the New Year was moved to coincide with Christian holy days. Following the reformation in Scotland, however, celebration of Christmas was discouraged, and so the gift-giving and celebration that accompanied Christmas elsewhere took place at New Year, giving rise to the uniquely Scottish celebration of Hogmanay.

The word 'Hogmanay' itself is of uncertain origin. It may have entered the Scots language from the French hoguinan (a New Year's gift) or Homme est n (man is born), or it may come from the Gaelic og maidne (new morning). Other possible candidates include the Flemish hoog min dag (day of great love) and the Anglo-Saxon haleg monath (holy month). Whatever its origin, Hogmanay was current parlance by 1604, when it made its first surviving appearance in written records, but many of the traditions observed predate its name.

The tradition of first footing requires that the first visitor of the New Year should be a tall, dark and handsome stranger, and come bearing a gift of coal, to bring good luck for the coming year. The requirement for dark hair, it is said, echoes a time when a blonde-haired stranger on one's doorstep meant a visit from Viking raiders, and spelt very bad luck indeed!

The various local traditions found in Scotland centred around fires also hark back to the ancient past. In the pagan winter celebrations, fire symbolised the newly resurgent sun coming back to the land, and was believed to ward off evil spirits dwelling in the darkness. Fires still play a major part in Hogmanay celebrations, with torchlight processions, bonfires and fireworks popular throughout Scotland. In Stonehaven, in North East Scotland there is a long-standing tradition of making giant fireballs (weighing up to 10 kilos!) from rags doused in paraffin, swung on poles and paraded through the town's streets.

A more recent tradition, and one that has spread from Scotland to the whole of the English-speaking world, is the singing at the stroke of midnight of Robert Burns' poem Auld Lang Syne, set to a traditional Scottish folk melody. The Scottish national bard's nostalgic ode to times gone by rings in the New Year in all corners of the world, and though we may sometimes wince at the pronunciation, we can surely appreciate the sentiment.

In Edinburgh, a more recently conceived tradition has been marking New Year for the last 20 years, and raising thousands of pounds for charity through sponsorship into the bargain. Participants in the Loony Dook, who regularly number in the hundreds, don fancy dress and take a dip in the icy waters of the River Forth at South Queensferry on New Year's morning to the raucous applause of thousands of un-envious spectators.

Like any festive occasion, Hogmanay is a time to enjoy food and drink, and has its own gastronomic traditions. Fruitcake, shortbread and black bun are the customary morsels to offer guests, and to present to hosts when first footing. A flute of champagne lends a celebratory sparkle to any occasion, but the only drink with which to toast the bells at Hogmanay is of course Scotch whisky.

With such a lively and longstanding heritage, it is only to be expected that the Scottish Hogmanay traditions live on, and continue to grow. Hogmanay in Scotland continues to attract visitors from all over the world.

In Edinburgh each year the party begins on the 29th of December with the torchlight procession from Parliament Square to Calton Hill which is a free event, open to all and builds up to the main event on Hogmanay night itself. Edinburgh's world-famous street party regularly attracts over 80,000 people. Over the last few years the accompanying Concert In The Gardens has featured stellar line-ups such as Blondie, The Proclaimers and Calvin Harris.

Other events are held throughout the length and breadth of Scotland, ranging from the big parties in major towns and cities such as Dundee, Aberdeen, Inverness and Perth, to local village ceilidhs, to the unique celebrations such as Stonehaven's fireball-swinging, to Shetland's Up Helly Aa, held in late January, featuring torchlight processions and a ceremonial Viking galley burning. And if you don't feel like braving the elements, you can always be assured of a warm welcome from friends and neighbours just don't forget the coal!