It's believed whisky-making began in Scotland as winemaking methods spread from monasteries in Europe; with no access to grapes, monks used grain mash instead to produce an early form of the popular spirit. The name itself derives from the Gaelic name, uisge beatha, which translates loosely to 'water of life'. The first recorded instance comes much later, in 1494 – local records show Friar John Cor of Lindores Abbey in Fife was granted the king's commission to make Acqua Vitae, Latin for 'water of life'.

Today, Scotland's 109 distilleries guard the secrets and ancient traditions that have made Scotch Whisky famous around the world.

Click the picture to explore the interactive whisky map on VisitScotland.com 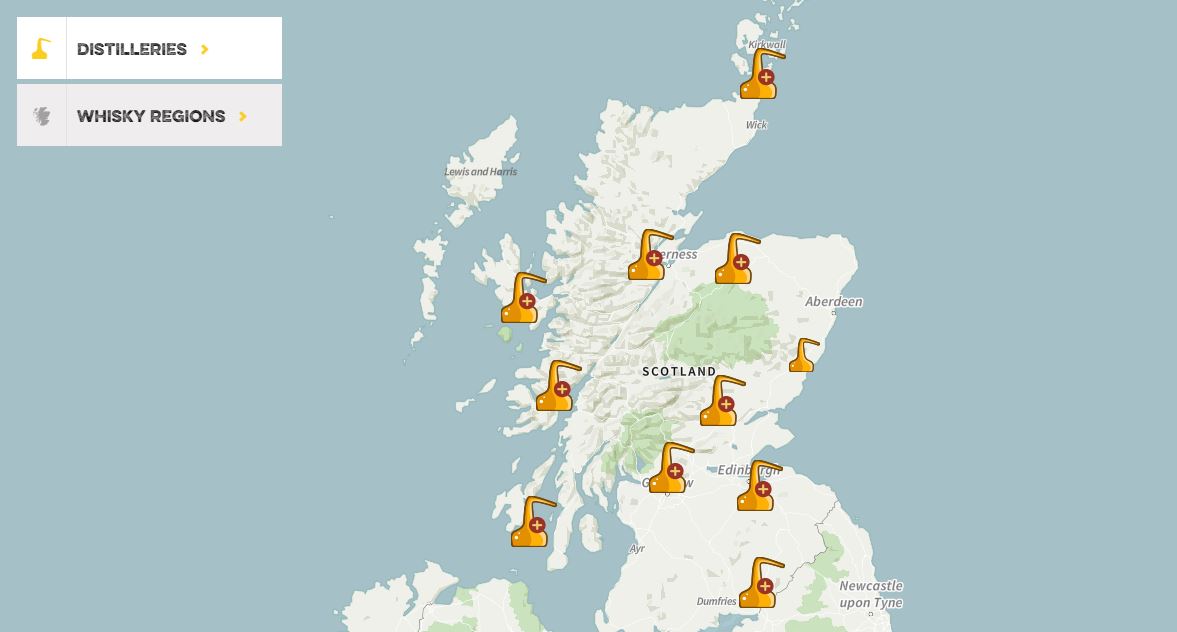 To be officially classed as Scotch Whisky it must be produced in Scotland and matured in Oak Casks for a minimum of three years. The entire process is nothing short of an artform; four ingredients – water, malt, peat and yeast – are refined through fermentation and distillation and then maturation. Each step has a subtle but tangible impact on the overall taste, and though the process is always the same, Scotland's five regions produce Scotch whiskies with key differences.

The flavours of each region

Preference is a matter of taste; some connoisseurs prefer the smoky flavour of Islay whiskies, while others enjoy the light taste of a triple distilled lowland whisky. 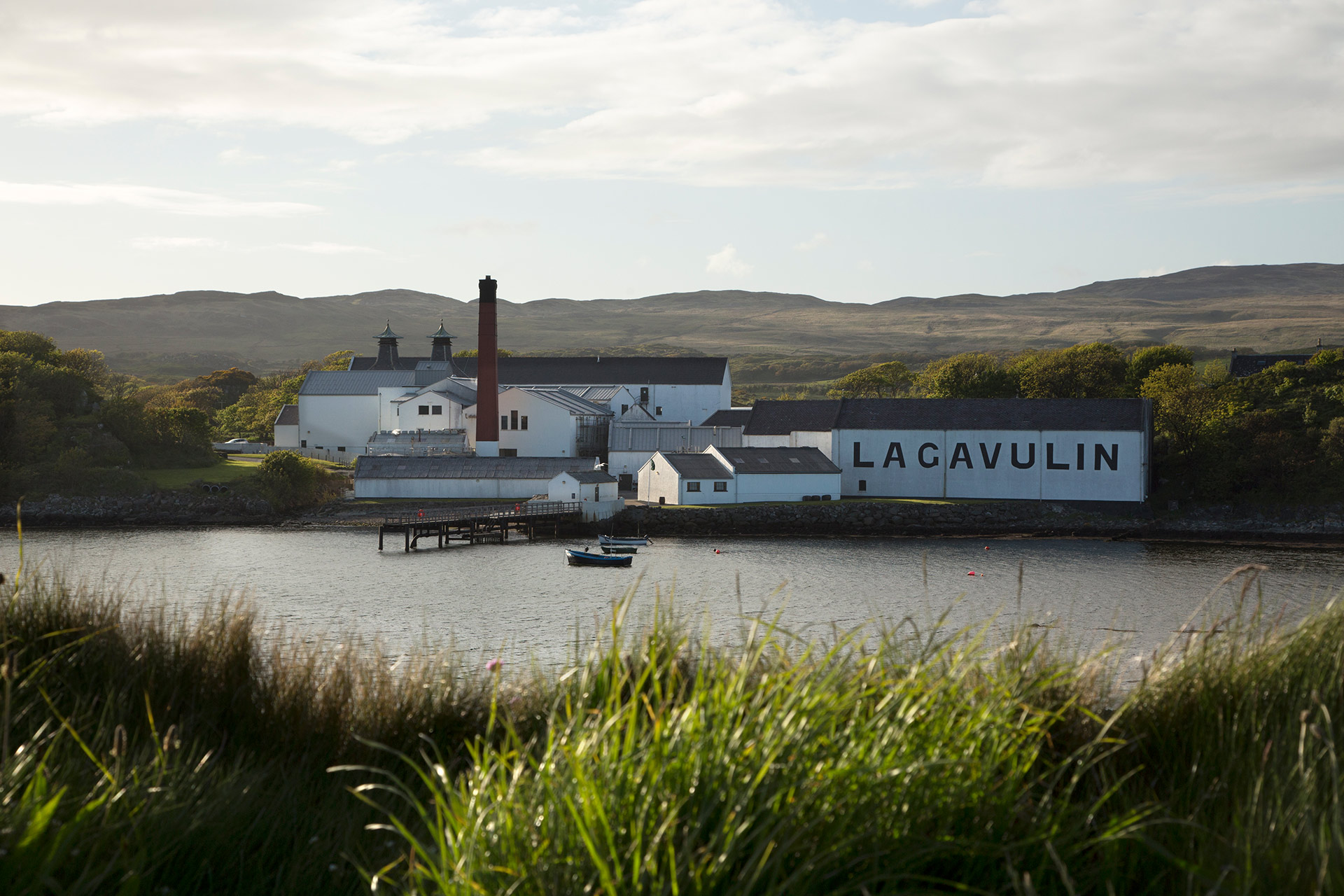 The Islay malts are generally described as having a peaty or smoky character derived from the water and peating levels of the barley. The island malts are known for being powerful, flavourful and full of character.

Find out more about the Islay region at VisitScotland.com 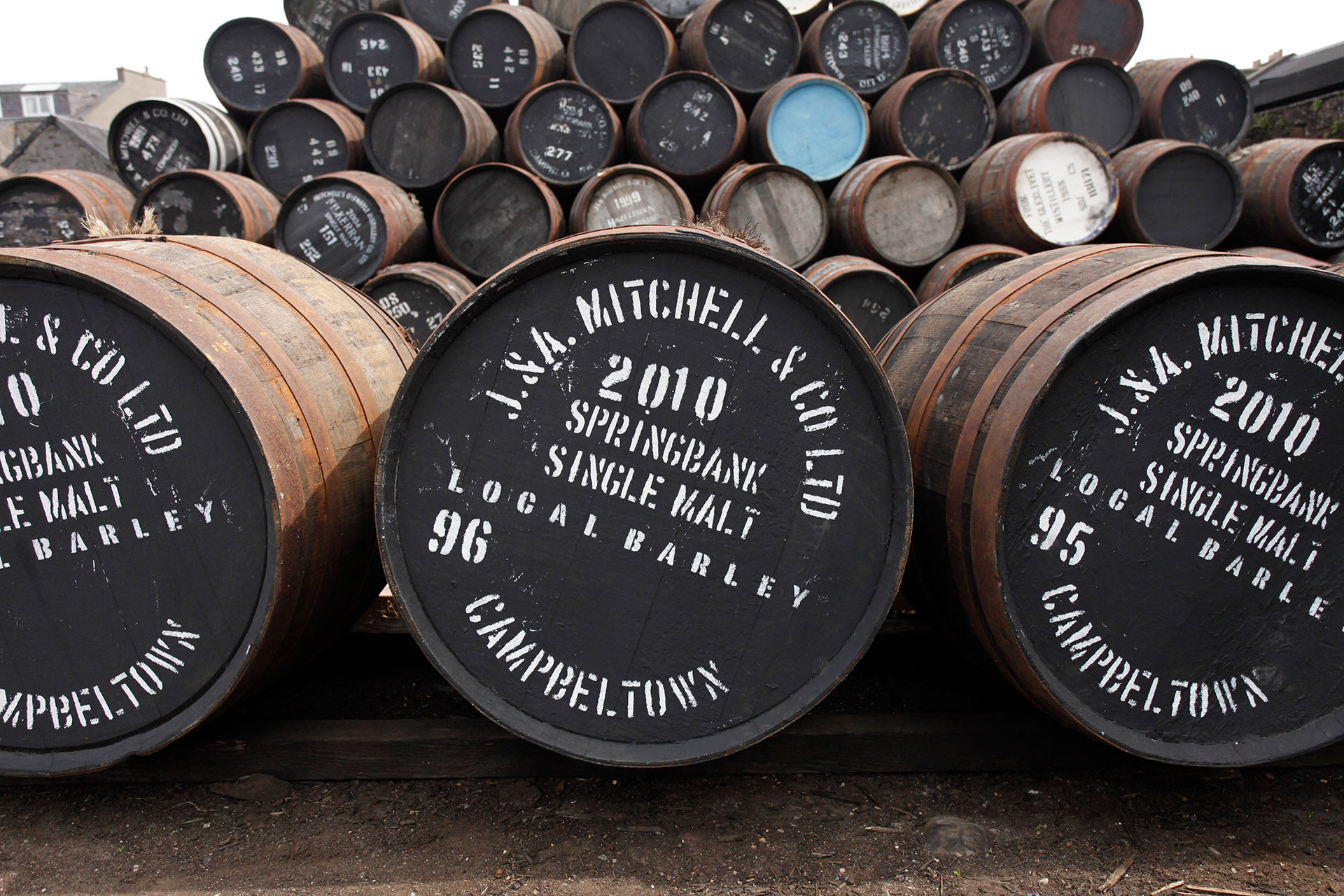 Characteristics include a defined dryness with a pungency, smoke and a solid salinity with a pinch of salt. Of its three distilleries, Glengyle is so new that it has yet to bottle any single malt.

Find out more about the Campbeltown region on VisitScotland.com 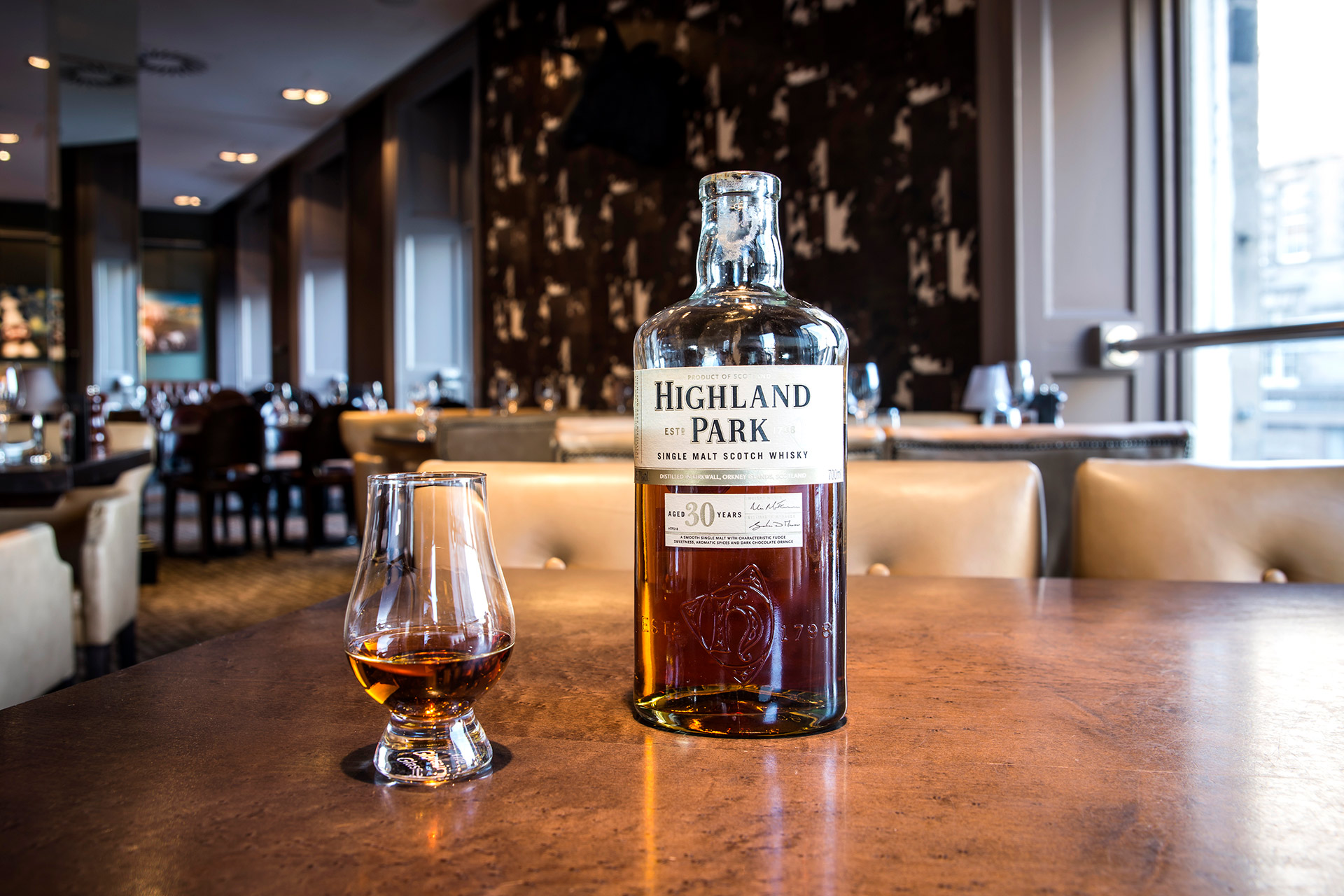 The largest whisky region in terms of size, covering a vast area and diverse range of distilleries. Whiskies made here are known for a heavier and drier character, with hints of nut, honey and heather.

Find out more about the Highland region on VisitScotland.com 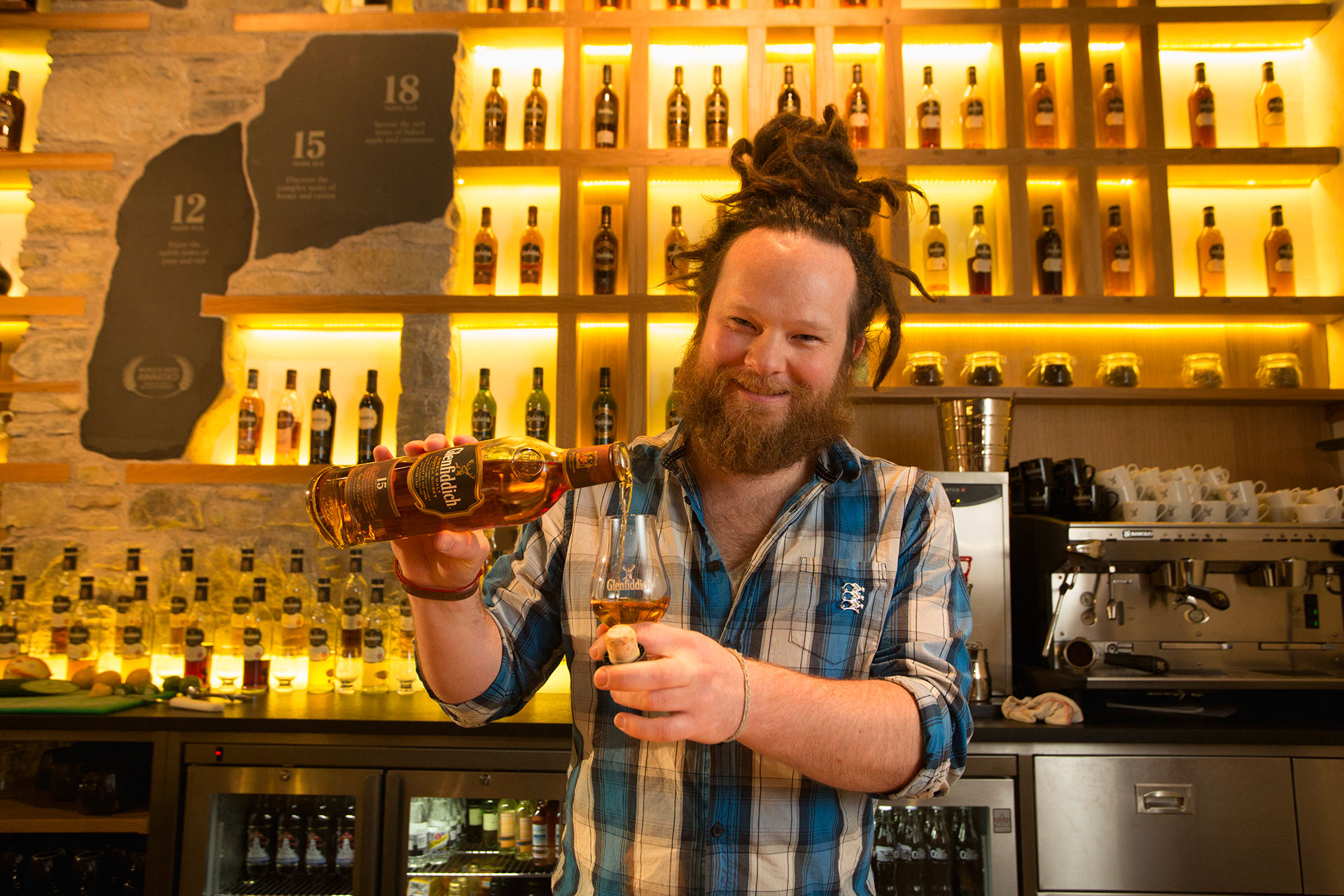 Though small, Speyside has almost half of the total number of distilleries in Scotland and is consequently officially recognised as a distinct region. Whiskies produced here are known for being elegant and refined, with subtle nutty and fruity notes, including apple, pear, honey, vanilla and spice.

Find out more about the Speyside region on VisitScotland.com 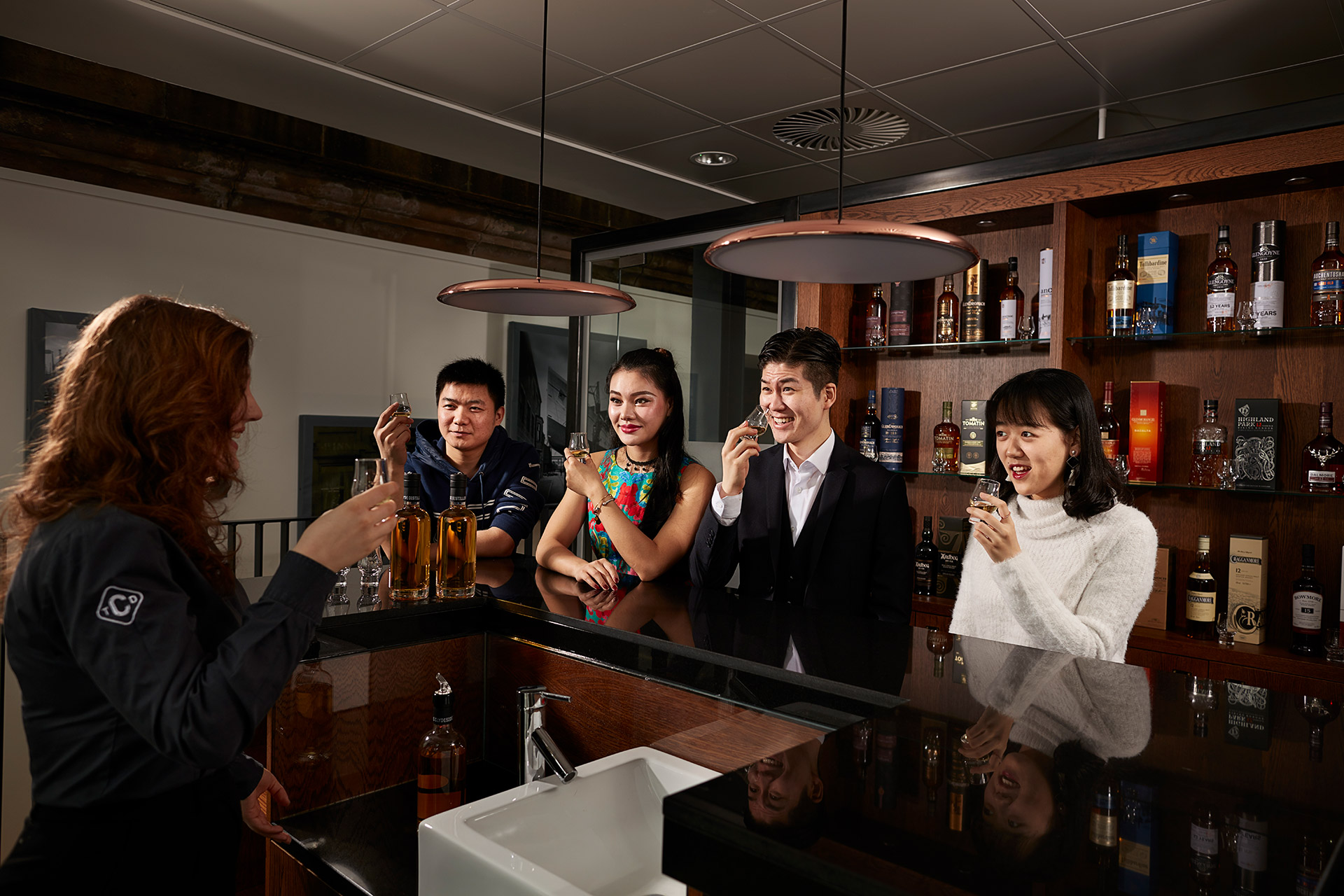 Traditionally Lowland single malts are triple distilled, often giving them a lighter taste. These whiskies are famed for their malty, zesty flavours and subtle hints of citrus.

Find out more about the Lowland region on VisitScotland.com

If you’ve ever wondered how Scotch whisky is made, then wonder no longer! Watch this video to see the processes that malted barley, clear spring water and yeast go through to produce Scotland’s national drink.