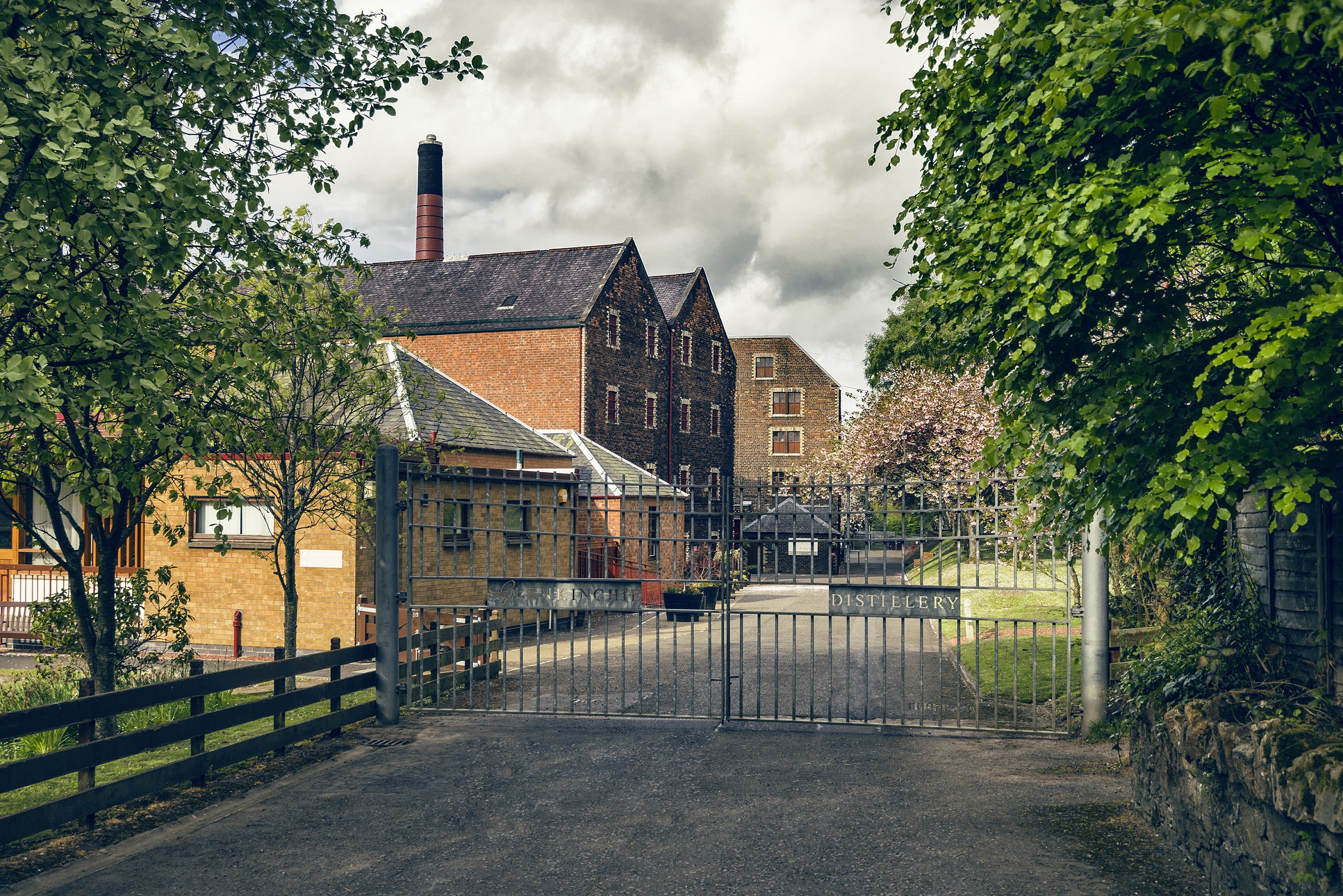 Located just a short drive from Edinburgh, with a twice daily shuttle service running from the city centre, Glenkinchie is known as ‘the capital’s malt’. The distillery’s origins date back to 1825 and its name actually derives from the former landowners, the De Quincys. The site closed in 1853 when its owners, the Rate brothers, were bankrupted, but re-opened in 1881 and has been in constant use since. Aside from being one of the easiest to reach from Edinburgh Airport, Glenkinchie also offers visitors a range of options from access to their exhibitions – with a dram included – to guided tours. Glenkinchie also forms part of a tour within a tour. The malt is one of the ‘four corners’ used to create the world famous Johnnie Walker and one of four stops for fans tracing the roots of the blend.

Find out more about Glenkinchie Distillery 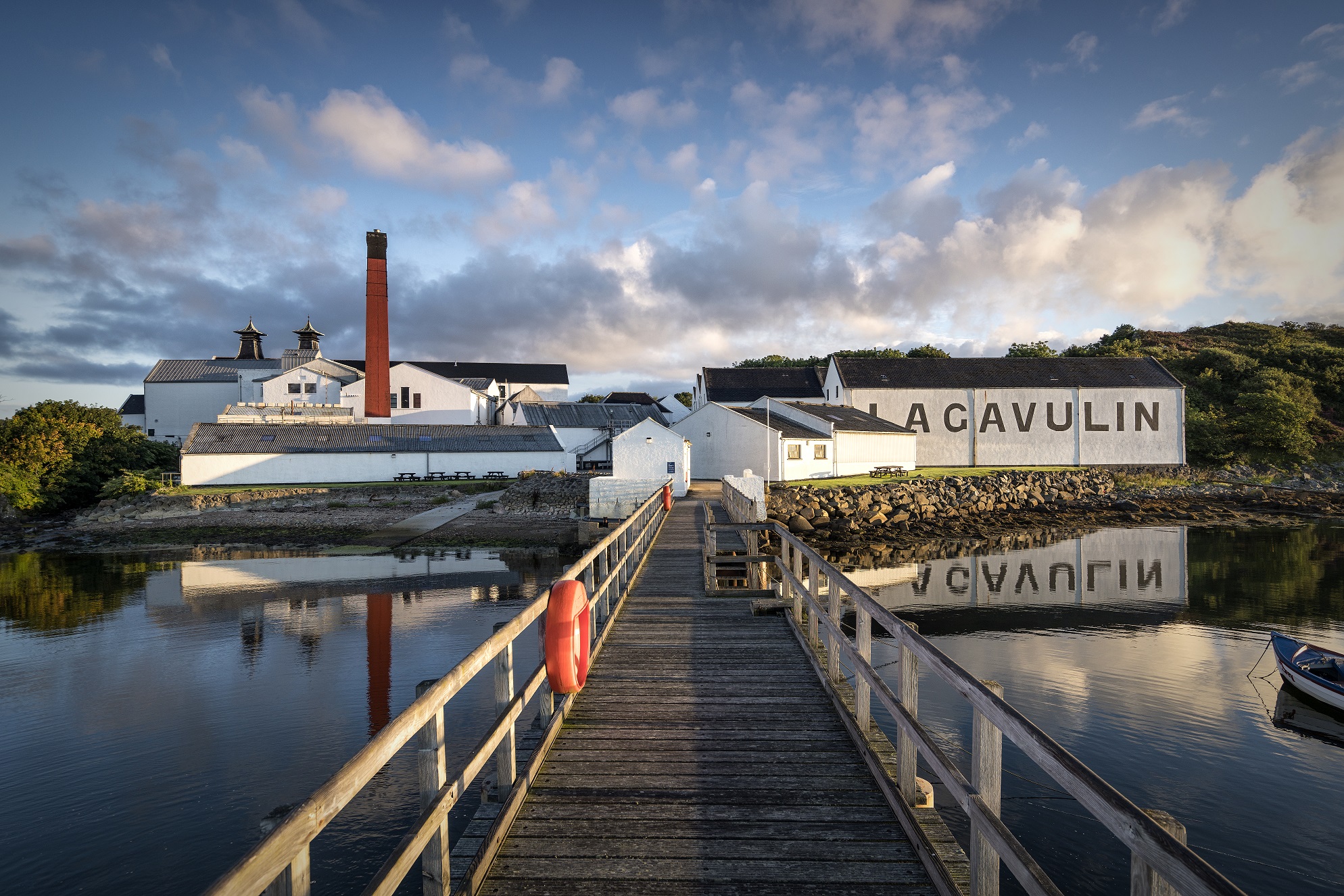 With its 16-year-old malt consistently ranking among the highest scores at international competitions and having featured in books, movies and TV shows, Lagavulin has helped build Islay’s reputation as Scotland’s whisky island. The West Wing, Parks and Recreation and the Walking Dead TV series are just some of the shows Lagavulin has featured in. Someone risked their life to get their hands on a bottle in the latter and it has a taste unique to the isle. The distillery can actually trace its roots back to one of 10 illegal distilleries on the site, which date back to 1742 and, aside from its rich, peaty flavour, the unusual pear-shaped stills are the biggest draw for visitors. The distillery is also a part of the Islay Fèis, Islay’s amazing festival of music and malt, (May 24 – 31 May this year), with events and tastings including a special Game of Thrones event on the opening night.

Find out more about Lagavulin Distillery 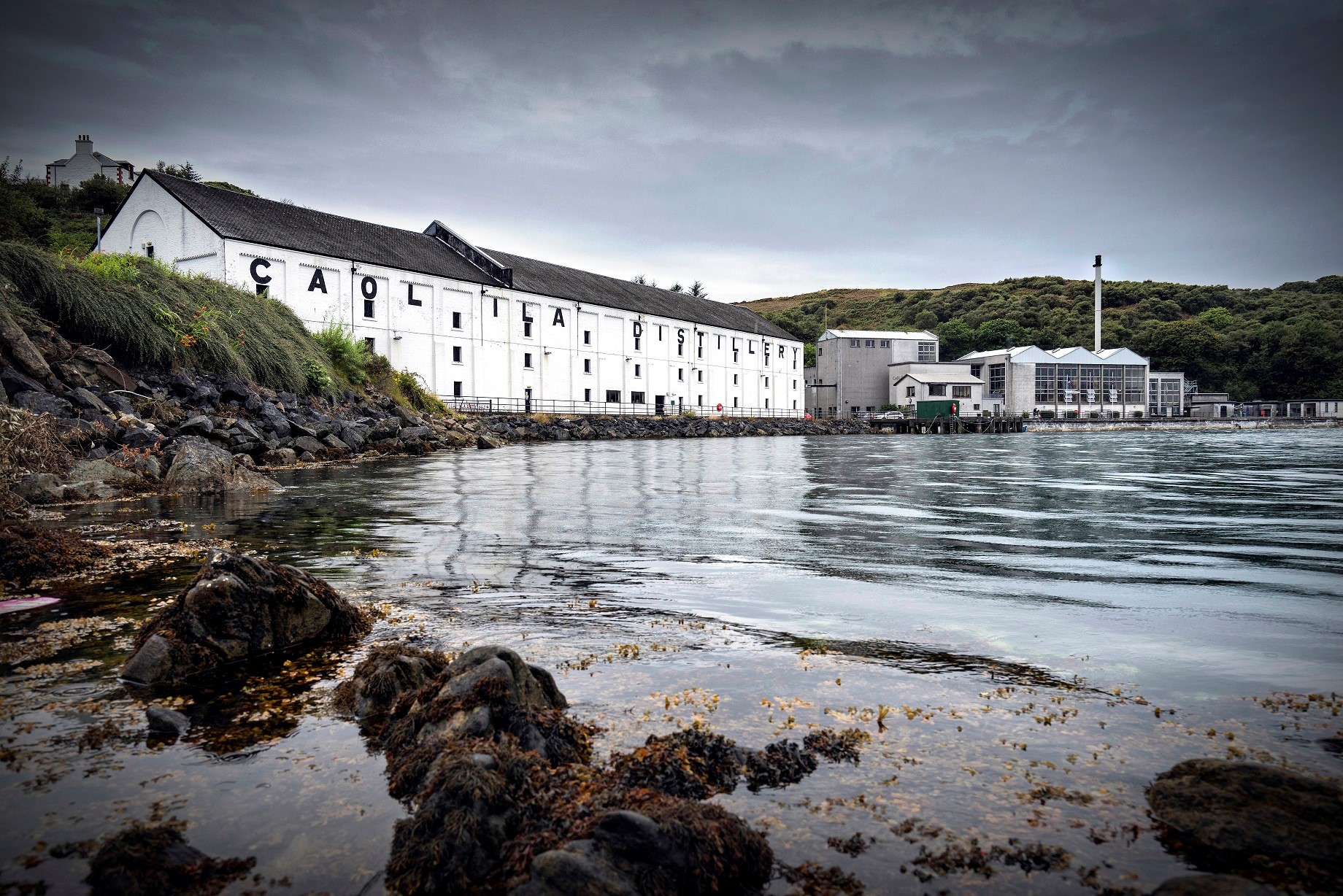 Another Islay malt, Caol Ila’, takes its name from the Islay Straight, which it overlooks from its home in Port Askaig. The distillery has been based here since 1846 although the current building opened in 1974 and it is the largest distillery on the island. You can take a range of tours here, including the Luxury Chocolate and Whisky Tasting Experience and, if you get your timing right, you could visit during the Fèis Ìle Music and Malt Festival, which includes an open day at the distillery. As one of the ‘four corners’ of Johnnie Walker, Caol Ila is the Islay malt that goes into Scotland’s most celebrated blend. 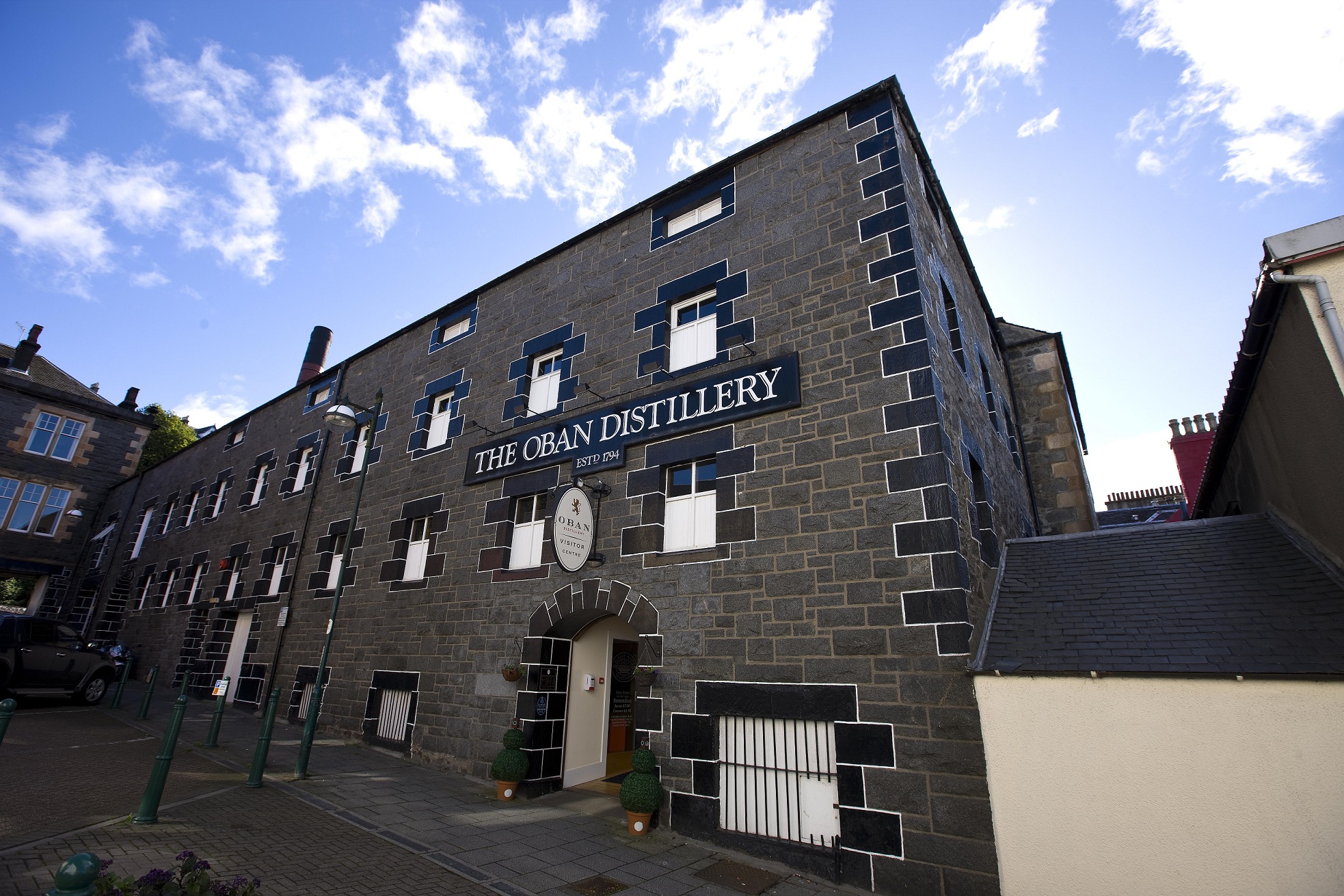 A distillery which inspired a town, Oban actually built up around the whisky site which opened in 1794. Yes, the area has been settled since Mesolithic times – a cave from this era was actually uncovered below the distillery – but the population grew dramatically when the whisky started to flow. This unique history has placed Oban at the heart of the local community ever since – the distillery is sponsoring Oban Live this year.  Its location also makes it a great launch point for Islay and the isles by ferry. Originally opened by the Stevenson brothers, it wasn’t until 1890 and the rebuilding overseen by J Walter Higgin following a fire, that this whisky really built its reputation for exceptional quality. That reputation saw Oban survive the fire, the whisky crash after 1900 and the risk of closure in the 1960s. And with only two stills and as one of the smallest distilleries in Scotland, it proves that the best things really do come in small packages.

Find out more about Oban Distillery

The ancient source of Allt Dour, ‘the burn of the otter’, flows through the grounds of Blair Athol from the foothills of the Grampian Mountain range. The distillery is one of Scottish whisky’s great survivors, re-emerging after closure and a period of inactivity since opening in 1798. It has been in permanent use since 1949. A rich and sweet malt, ‘best enjoyed with a dash of water’, its flavour makes it a very popular choice. And the town of Pitlochry is the perfect base for exploring the Highlands and continuing on the whisky trail. 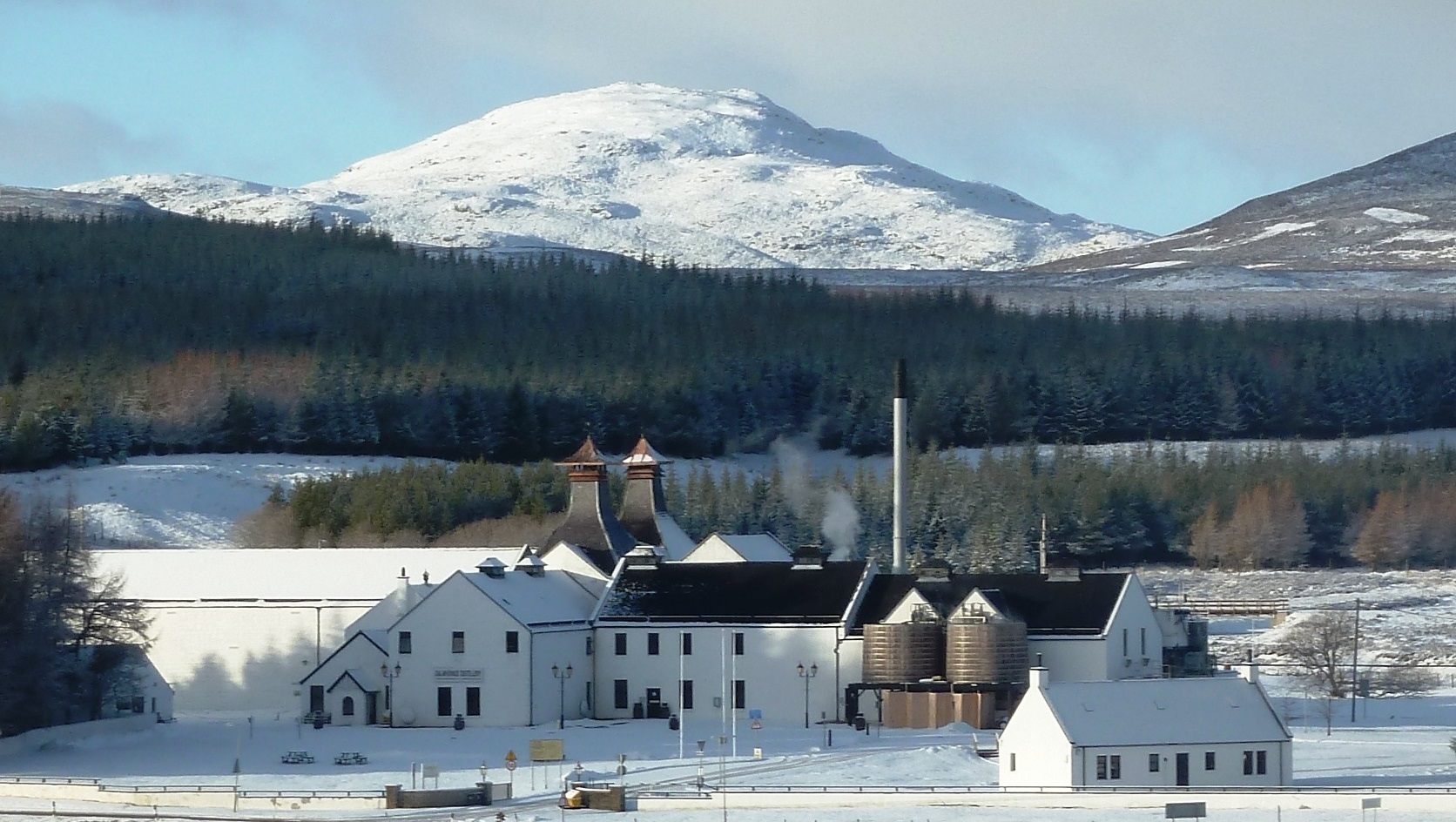 Picked for its location, near fresh spring water and peat from the nearby bogs, the Dalwhinnie site was also a stopping point on the ancient drovers’ routes through the surrounding mountains. It is also unusual in that it spent a short period of its life, which officially began in 1897, in the hands of American owners. Their tenure was brought to an end by the advent of Prohibition in 1919. Visitors today are advised to check that the roads are open and tours are running during winter. They are also advised to book in advance, with tours regularly selling out – which is not surprising given the fact that one comes with a special chocolate tasting in partnership with Iain Burnett, the Highland Chocolatier.

Find out more about Dalwhinnie Distillery 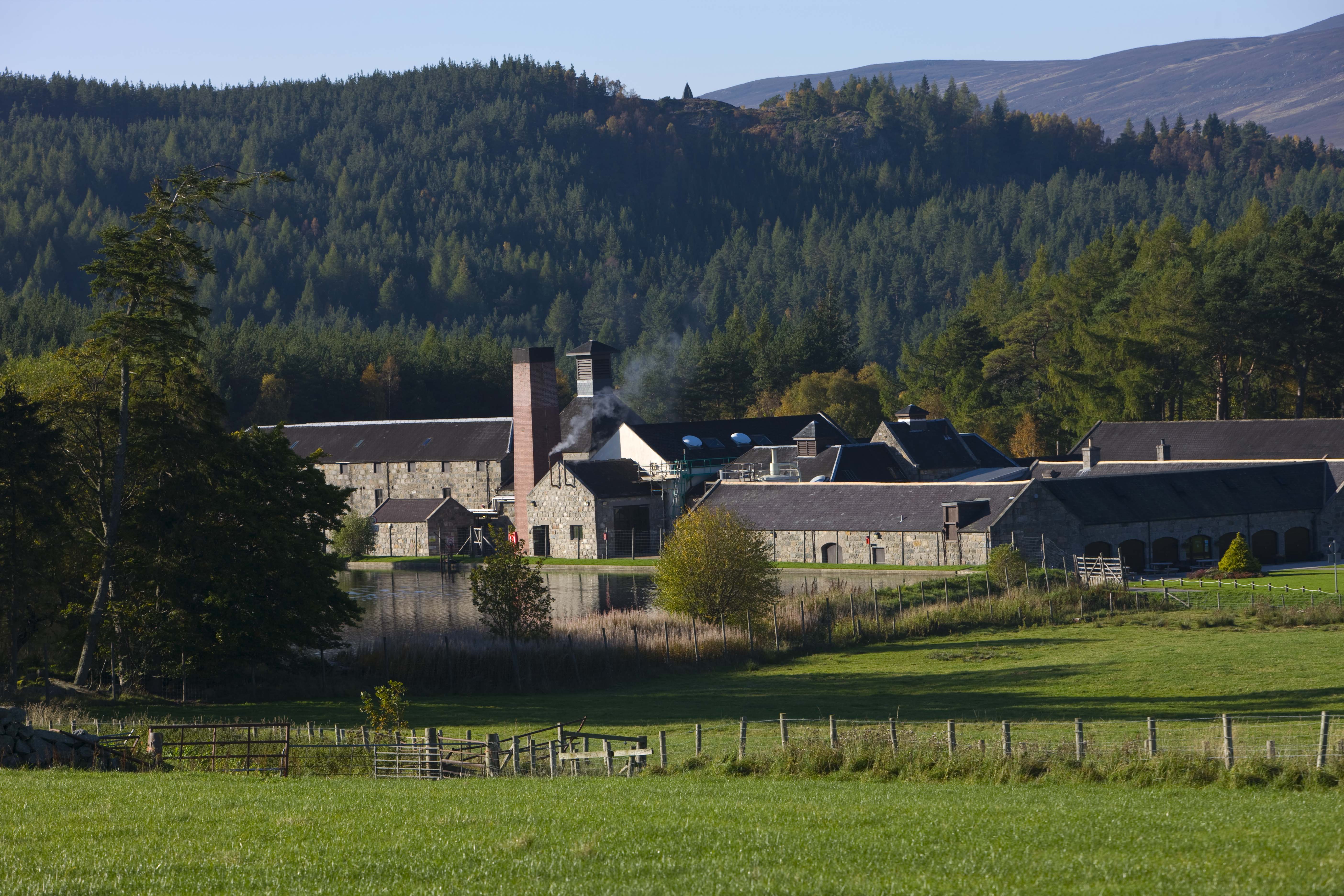 This distillery’s reputation for single malt whisky has literally been forged in fire. Opened in 1826 after whisky production was legalised, the distillery was razed to the ground not once but twice in suspicious circumstances. The finger was pointed at rivals running illicit stills in the region. Somehow, Lochnagar endured and re-opened in 1845. Three years later Queen Victoria paid a visit from nearby Balmoral Castle, issued a Royal Warrant and the current name Royal Lochnagar was born. Today it is one of the smallest distilleries in Scotland. 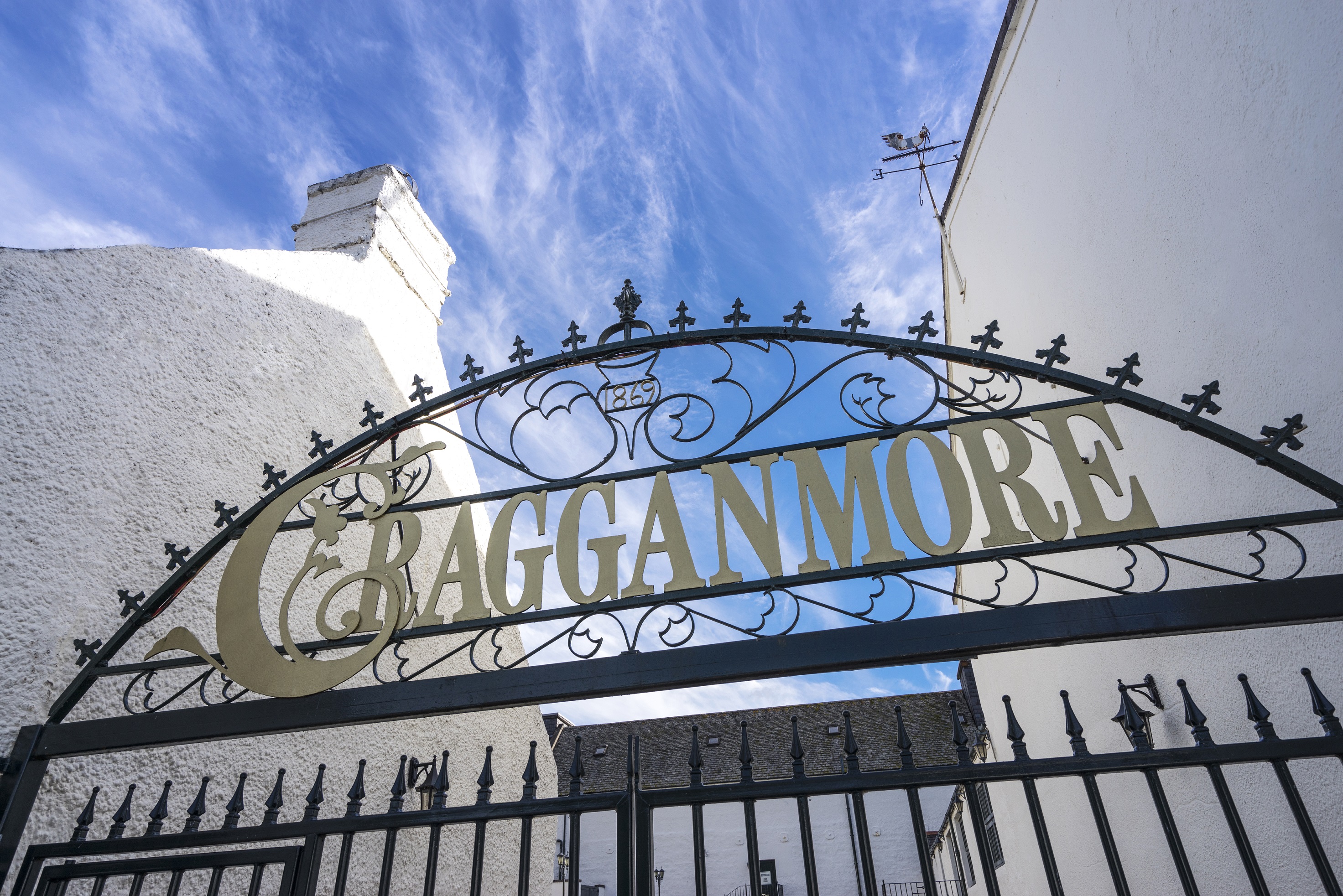 Cragganmore was the brainchild and lifelong dream of Big John Smith. Big John had worked as a manager at four different distilleries but was desperate to strike out on his own. He had the knowledge and experience, picking the perfect site near the Craggan Burn and Strathspey Railway and opened the distillery in 1869. With an abundance of raw material and the business acumen to make his idea work, Cragganmore was soon the talk of whisky connoisseurs. That reputation and the distillery endures today, long after the Strathspey Railway closed, and this year Cragganmore celebrates its 150th birthday. The distillery is also a key venue in the annual and very popular Spirit of Speyside Whisky Festival.

Find out more about Cragganmore Distillery 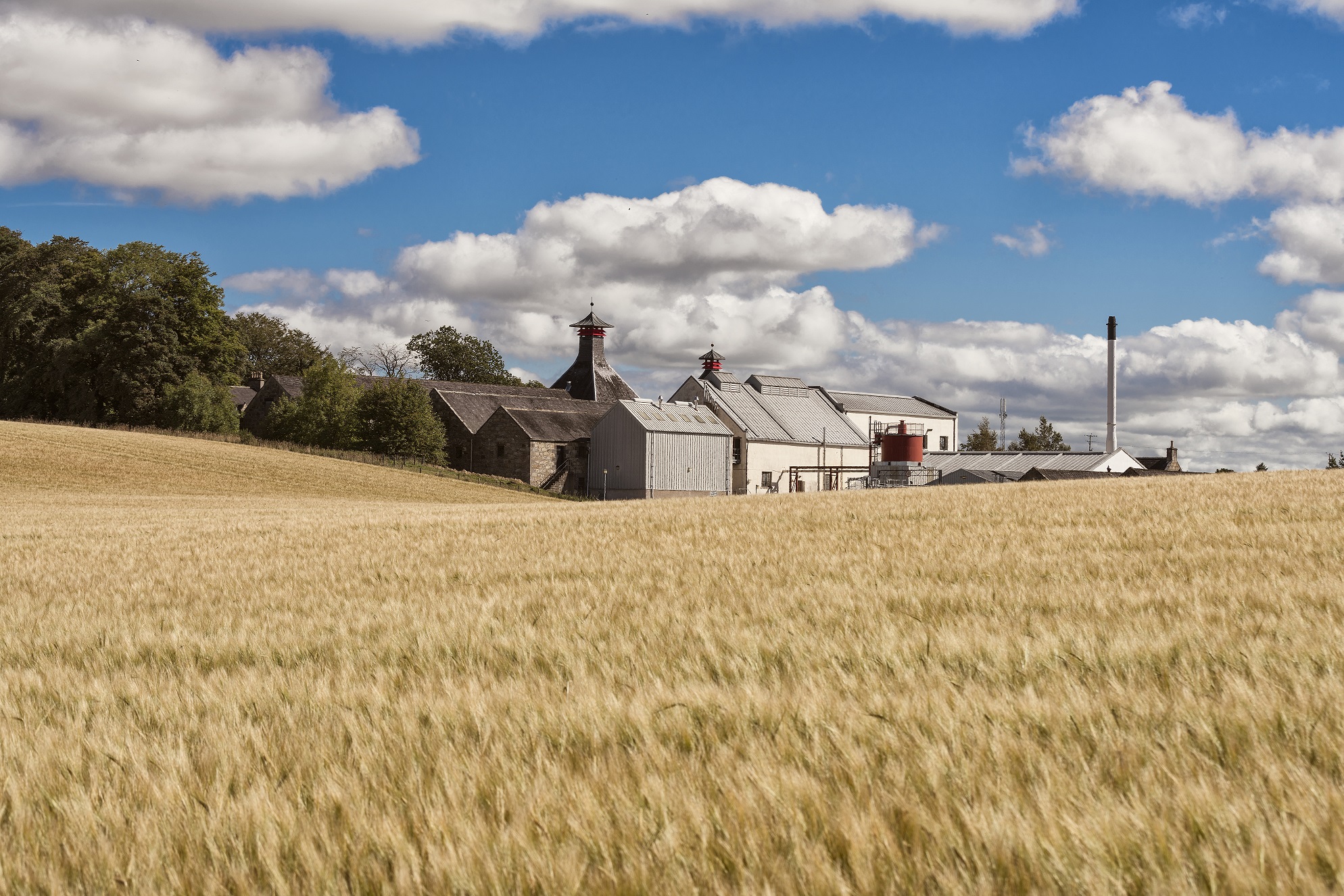 One of the jewels on the Malt Whisky Trail, Cardhu is the first distillery to officially be founded by a woman. Helen Cumming actually ran the distillery illegally between 1811 and 1824, before it was licensed. And the tradition of strong female leaders endured when her daughter-in-law Elizabeth took over in 1872. Together they defined and refined the Cardhu flavour which endures to this day. There are a range of tours running on site but aficionados are usually keen to play the whisky guessing game, Guess Dhu and enter the Cardhu Hall of Fame. Call in advance to book a spot on the tours. Cardhu also features as one of the four corners in Johnnie Walker and, like Cragganmore, is part of the Spirit of Speyside Whisky Festival.

Find out more about Cardhu Distillery 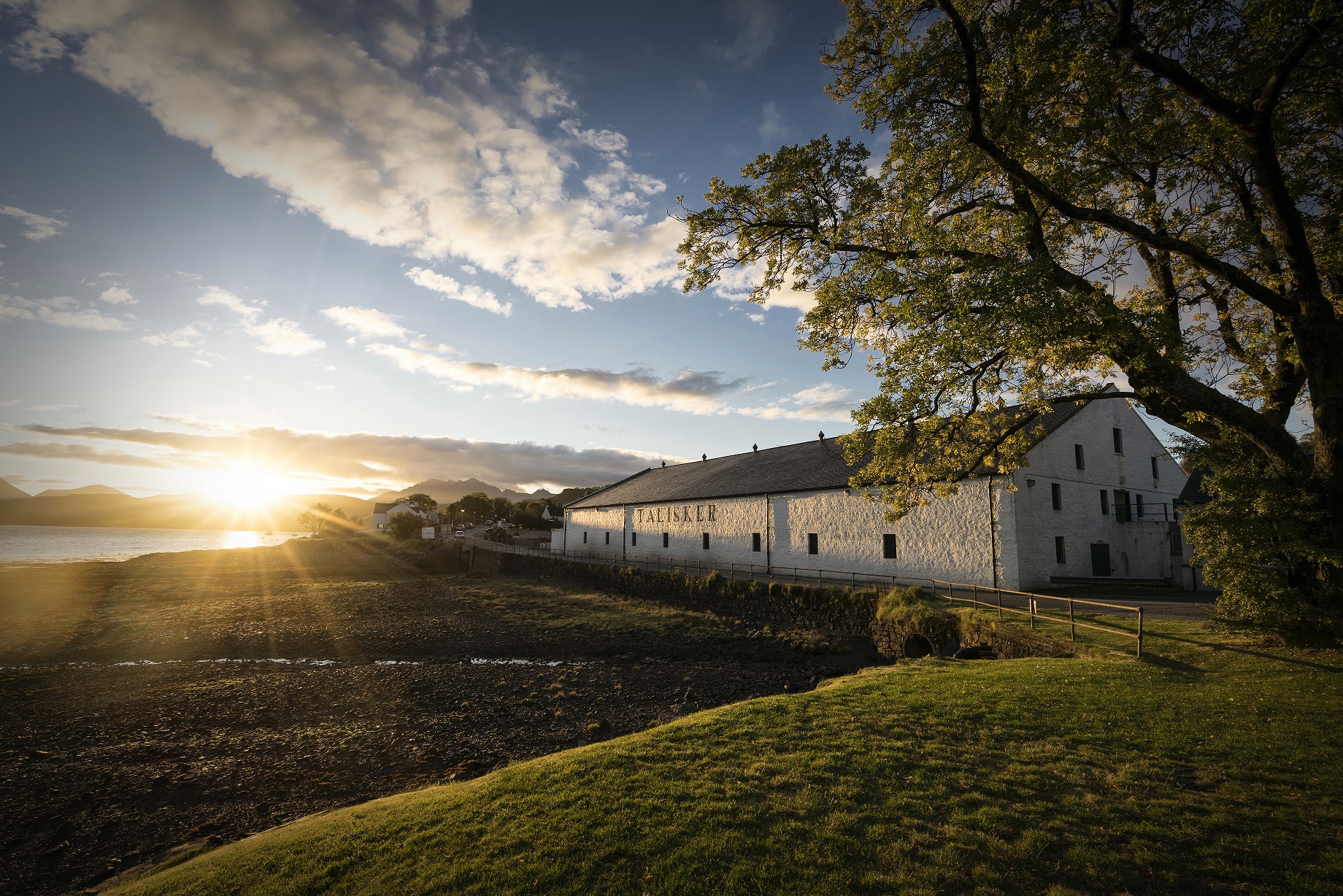 Zigzagging back across the country, the Isle of Skye is home to Talisker, one of Scotland’s best loved whiskies and one of the most popular stop offs on the Hebridean Whisky Trail. Founders Hugh and Kenneth MacAskill had a few failed attempts at launching a distillery on the island but their fortunes changed dramatically when they acquired the lease to Talisker House in 1830. Proclaimed ‘the king o’ drinks’ by Robert Louis Stevenson, it is a sweet and full-bodied single malt and the distillery and visitor centre is one of the highlights for visitors to the island.

Find out more about Talisker Distillery

The Singleton of Glen Ord 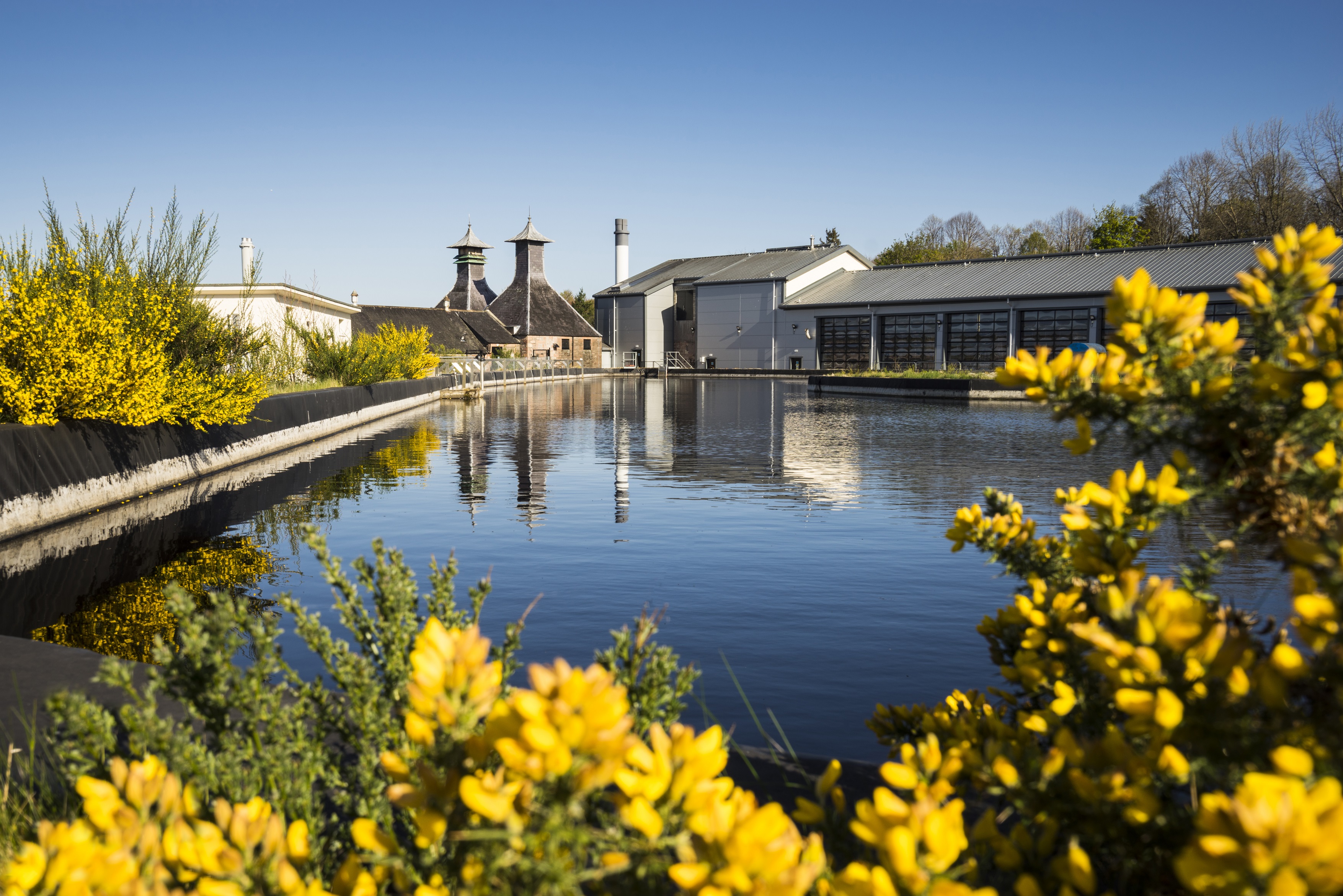 Glen Ord Is the only remaining single malt distillery on the Black Isle peninsula, which would have seemed remarkable to founder Thomas Mackenzie in 1838 with the area having an abundance of sites, both legal and otherwise, at that time. It has an enduring connection to the McKenzie Clan, with the land the distillery is built on owned by them for over 700 years. The distillery has grown over the centuries and, with people flocking to the Black Isle for tours, a visitor centre opened in 1994. This year the distillery will also host the inaugural Highland Whisky Festival. 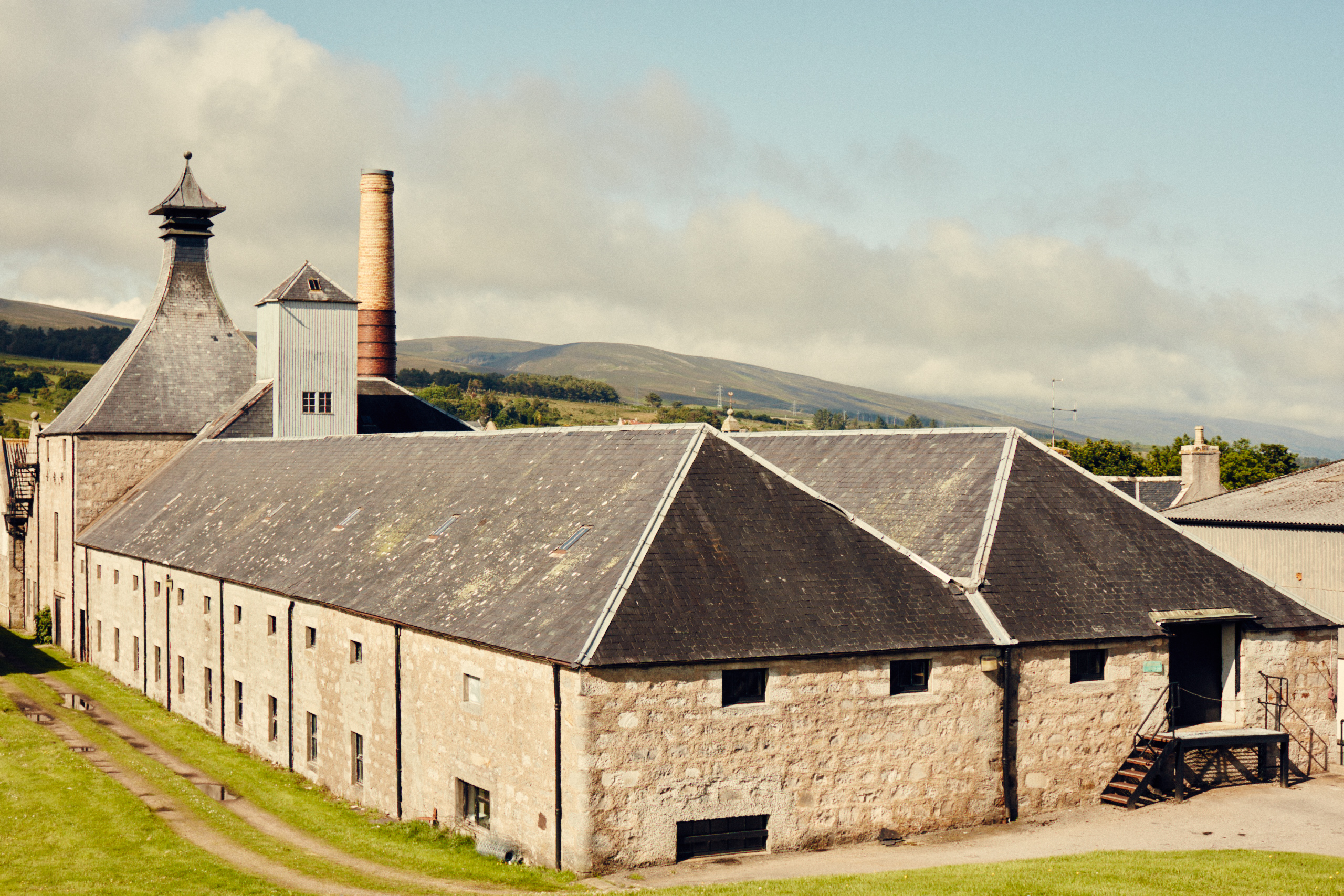 Situated on the North Coast 500 route, Clynelish is the final stop on the Johnnie Walker ‘four corners’ tour and is the most northern point of the blend. The distillery overlooks the North Sea and has links to the legendary Brora distillery. In 2019 it will co-host the inaugural Highland Whisky Festival drawing even more visitors to the site. Tours range from the scenic to the connoisseur with the latter including a tasting of some of its rarest malts. One of Scotland’s most northerly distilleries, it’s well worth the visit to Brora.

Find out more about Clynelish Distillery

There are currently more than 120 active distilleries in Scotland, but we're not stopping there, with two classics ready to come back to life. Their names have been uttered in reverential tones for decades, their whiskies passing into legend. Brora and Port Ellen joined the ranks of Scotland’s ghost distilleries when they closed in 1983 and since then their whiskies have fetched thousands at auction. In 2017 one golden age malt from Brora sold for £15,000 in Hong Kong. Now both distilleries are set to re-open in 2020. They will be among Scotland’s smallest distilleries, with visitor centres on-site and their master blenders working to replicate the original tastes of the whiskies. 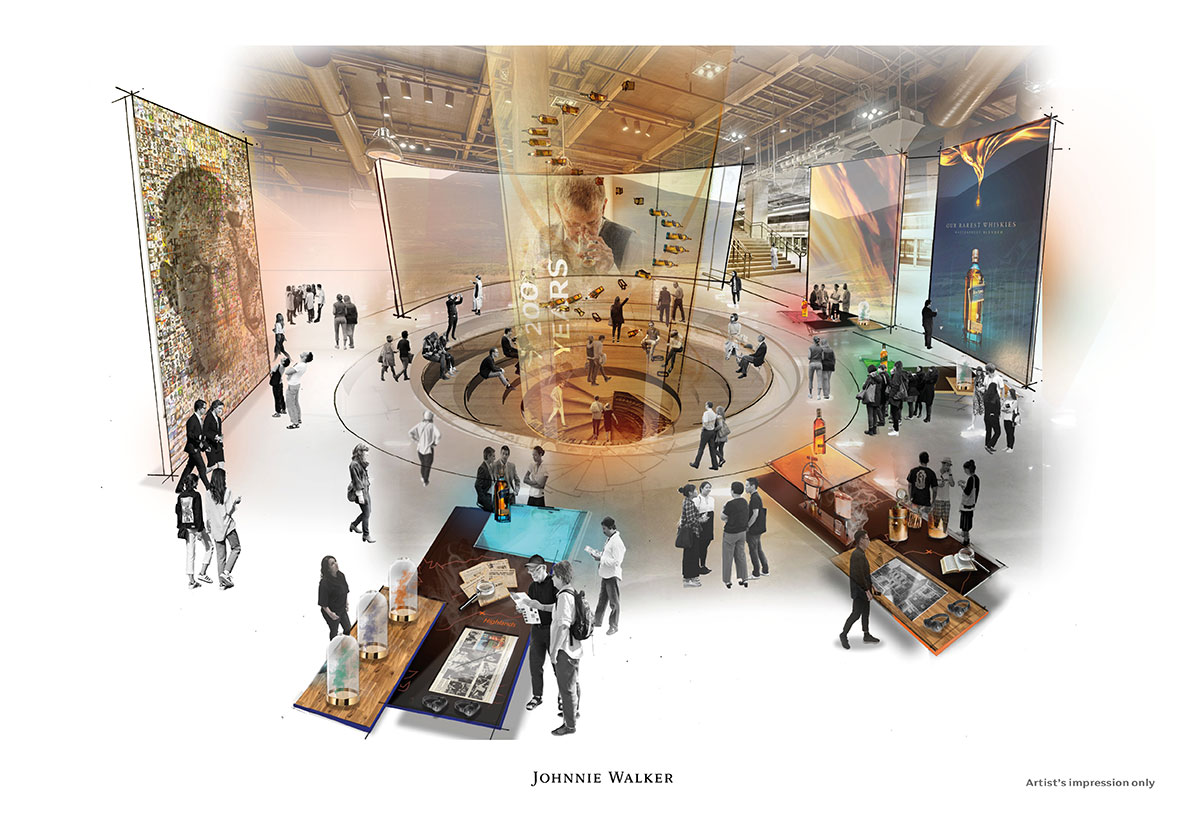 Plans are also at an advanced stage to transform one of Edinburgh’s most well-known buildings into a ‘world class whisky experience’ and create yet another landmark on Princes Street. Taking over the former House of Fraser building, the Johnnie Walker Experience will occupy all floors from the ground up and literally raise the roof with a new rooftop bar. The listed building’s original features, including the famous cantilevered clock will be protected. The experience will also create 180 new jobs in the capital and include an events space for performances and shows and a ‘bar academy’. The project is on schedule to open in 2020.

It should come as no surprise that the home of whisky is also the home of the whisky festival and every year events across the country pull in visitors from all around the world. Ostensibly they are here for the scenery and castles but much of their time is spent at the distilleries. The sites all feature prominently in the tours. Cragganmore and Cardhu are part of the Speyside Whisky Festival, which takes place over five days in May. The Highland Whisky Festival includes Glen Ord and Clynelish and is the only festival celebrating the finest distilleries on the iconic North Coast 500 route. The Hebridean Whisky Festival is the new kid on the block, launching their very first festival on the islands of Harris, Raasay and Skye, including Talisker on the latter. And the Islay Feis, a celebration of whisky and music, is on from May 24 until May 31.

Whisky Spotlight: The £5 billion whisky story every investor must read