The Big Yin takes a bite out of the Big Apple

It’s a long walk from Glasgow to Manhattan, but our own Billy Connolly will stride with pride when he leads this year’s New York Tartan Day parade through the city. 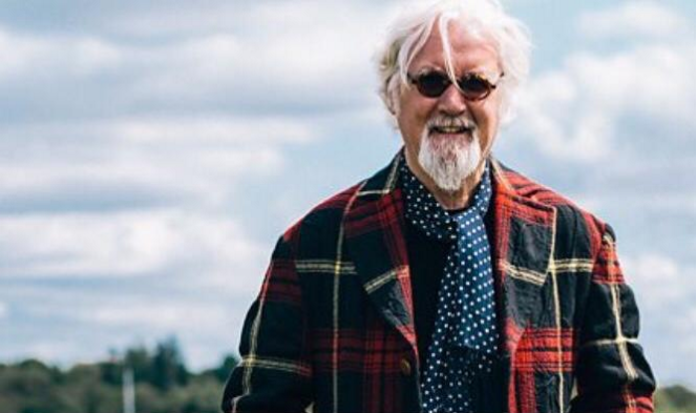 Sir William Connolly, to give him his full title, will now be able to add ‘Grand Marshal’ to his name, after being invited to lead the massed bands, pipers and drummers, Highland dancers, and Scots/American clan societies through the Big Apple on Saturday  6 April.

The 76-year-old, who has lived in the US since 2011, has accepted the role despite announcing in December he would retire from touring.

It is the showpiece event of Scotland Week which brings a full programme of special Scottish-themed business and social events to New York from 3-8 April.

The parade regularly attracts over 30,000 spectators.

Speaking after his appointment, the Big Yin said he was thrilled to be this year’s Grand Marshal of the New York City Tartan Day Parade.

“I can’t wait to hear all those bagpipes echoing off the skyscrapers and to see Sixth Avenue awash with thousands of swaying kilts. It’s going to be brilliant”.

With a 50-year career, spanning folk music, comedy, theatre, films, and travelogues, Sir Billy is just the latest in a long line of enterprising Scottish expats to have made their mark in America. Sometimes referred to as the ‘McMafia’, Scottish-born and Scottish/American businessmen and women can be found at the heart of many major US enterprises. Those tartan connections, our trans-Atlantic bonds of business, family, and friendship, are as important and as valued today as they have ever been.

America is home to around six million people of Scottish descent.

Tartan Week is timed to coincide with the anniversary of the signing of the Declaration of Arbroath in 1320, which was used as a basis for the American Declaration of Independence.

Sir Billy certainly won’t be the only native Scot joining this year’s Tartan Day Parade, he’ll be accompanied by some friends from Shetland. The Jarl Squad from the islands’ annual Viking Up-Helly-Aa festival, complete with helmets and battle axes, will also be joining the fun

“For over half a century, he has entertained us all through his work and, because of this, he is beloved on both sides of the pond.

“We look forward to enjoying a big year with the Big Yin.”

Scotland’s lasting affinity with the USA