Nine innovative Scottish arts projects are set to benefit from a partnership between Scotland and India as part of a core British Council programme.

UK India 2017 is a year of cultural exchange to celebrate the long-standing relationship between the UK and India. Events, exhibitions and activities are scheduled to take place in both countries throughout 2017. The cultural programme was launched in London earlier this year and the showcase is dedicated to developing to cultural and literary partnerships between the two countries.

The distinctive Scottish element of the programme has been co-ordinated by the British Council in Scotland in partnership with Creative Scotland and the Scottish Government. Nine projects covering a range of art forms have been chosen to take part. They include leading Scottish photographers, artists, writers and musicians. The partnerships aim to build lasting relationships between Scottish artists and their Indian counterparts, with projects involving young people being a particular focus. 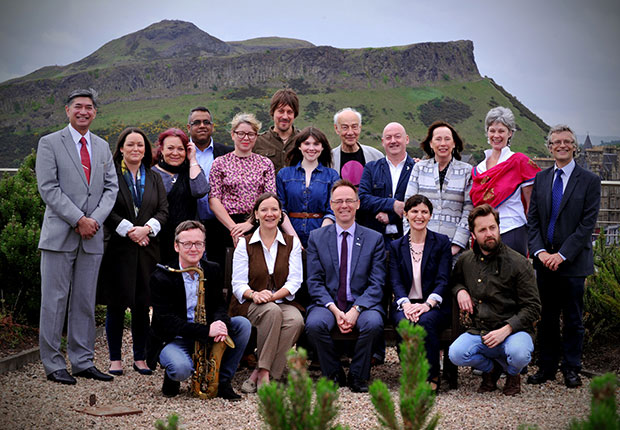 Drawing on Scotland's literary reputation, a Scottish crime writing delegation will see authors come together for events in Edinburgh and Kolkata to develop connections between Scottish and Indian writers. The Bloody Scotland Crime Writing Festival will also seek to build a new reader base on a popular Indian books website.

Photography collective Document Scotland will present an exhibition in both countries between August and December 2017, with workshops for young people in each location. A further project will identify artists for a digital photography exchange between Street Level Photoworks in Glasgow and India's National Institute of Design.

Katy West and Glasgow School of Art will expand the India Street textiles exhibition shown in 2016 at Tramway in Glasgow. Focused in Ahmedabad, Gujarat, their projects will include workshops for students to share knowledge of the textiles industries in both countries.

An Lanntair Arts Centre in Stornoway and the Edinburgh International Book Festival will tour a Gaelic and Indian music commission, and coordinate an exchange between Scottish and Indian writers and illustrators. Both projects will draw upon the collection of Stornoway-born Colin Mackenzie, who became the First Surveyor General of India and amassed the largest known collection of Indian antiquities and artefacts.

The Brian Molley Quartet has already embarked on its project with performances and workshops for students and children with disabilities at the Madras Jazz Festival earlier this month. Glasgow-based Paragon Ensemble will head to Chennai in July to lead a music programme for children with additional support needs. Then in October, Paisley's Spree Festival will partner with Jodhpur Riff Festival, bringing young people together for a traditional music collaboration.

This year of cultural exchanges presents a hugely valuable opportunity for Scottish artists, musicians, writers and performers to develop significant and lasting connections with their counterparts in India. Scotland has a long history of cultural collaboration with India, whose music, dance, poetry, film and music enriches our society. We can't wait for the events to kick off!