What better time to showcase Scotland’s commitment to diversity than during the Edinburgh Festival Fringe – the world’s largest arts festival!

One of Scotland’s most famous attributes is its world-renowned reputation for providing a warm and open welcome to everyone who comes here. Whether it’s the many people who choose to live here permanently, or the millions who visit us each and every year, you’re sure to hear many stories of the genuine friendliness of the Scottish people.

It’s this very friendliness that goes a long way towards making Scotland the incredibly diverse place that it is today. Although we have a strong national identity, this doesn’t stop us from warmly embracing new people and cultures.

Today in Scotland, for example, more than 170 different languages are spoken – from Punjabi to Polish, and Cantonese to Gaelic. All these different people contribute to making Scotland a great place to live, work, study, visit or do business in!

As you can probably tell, our diversity is something that we’re incredibly proud of and we continue to make great strides in ensuring Scotland is open to everyone. Whether it’s the thousands of refugees we’ve welcomed with open arms, or the fact that we rank as one of the best countries in Europe for LGBT rights and equality, Scotland truly is a melting pot of inclusivity.

With the Edinburgh Festival Fringe 2018, it seemed like the perfect time to really highlight the diverse and inclusive nature of Scotland. So, we teamed up with some of the incredible international acts that can be found during the festival, as well as a few inspiring people currently living in Scotland, to create a vibrant, pulsating new video.

We spent a little time with some of the acts included in the video, to hear their stories and you can find out a little bit more about them below: 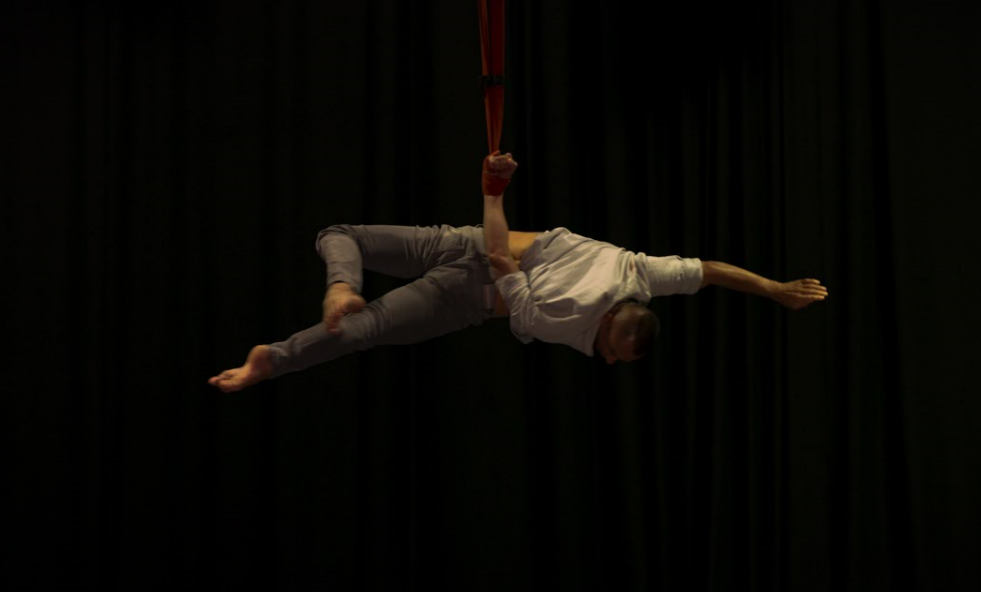 Circolombia is the foremost contemporary Circus troupe from Colombia, who effortlessly fuse together an adventurous mix of professional circus and a typical Colombian environment – where singing and dancing are the safety valves of everyday life.

Simply put, Circolombia’s act is a celebration of the diverse and rich Colombian communities its performers come from. The 14 performers are at the top of their field, performing acts such as The Perch – a daring stunt that no other company in the world currently perform.

One of Circolombia’s main missions is to give opportunities to young artists to invest in their future. Uniting youth and celebrating their achievements through innovative productions is intrinsic to what they do – help young people start their own journeys of self-discovery and development.

This has been the mission of director and creative producer, Felicity Simpson, for many years. Prior to founding Circolombia, Felicity co-founded Circo Para Todos, the ﬁrst professional circus school in the world speciﬁcally dedicated to underprivileged children, which is now a key institution in South America for world circus training.

Circus Abyssinia is a jubilant celebration of circus that mesmerises audiences of all ages through the sheer infectious energy and spirit that flies from its cast. It’s an unashamedly joyful mix of astonishing stunts, astounding circus skills and enchanting adventure.

One of the more interesting factors of the act is that it is semi-autobiographical, and is based on the story of Ethiopian brothers Bibi and Bichu. When they were little, the brothers dreamed of joining the circus, but the odds were stacked against them. Despite the extraordinary talent throughout Ethiopia, the absence of circus in in the country meant that many acrobats never get to perform.

Bibi and Bichu learnt their skills at a young age busking and tumbling for crowds in the city streets of Jimma, working tirelessly to master their craft. From these humble beginnings, they are now world-renowned jugglers and have performed in thousands of shows in countries all over the world ranging from Japan to Germany. It was really only a matter of time before this story graced the stages of the Edinburgh Festival Fringe. 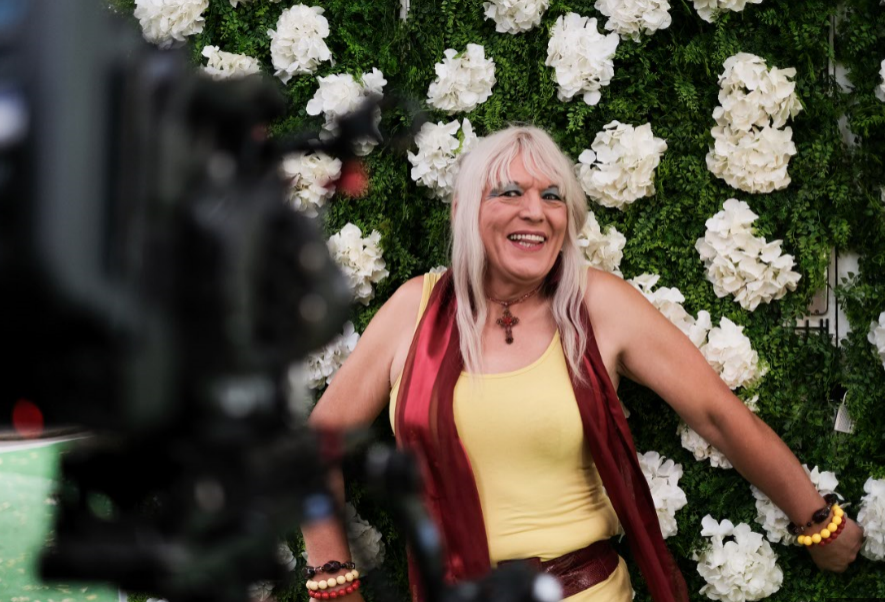 The fabulous Sadie Godiva is a transgender woman living in Scotland – and one of the most infectiously enthusiastic people that you could ever meet! Born in England, and after having spent nearly a decade living in Germany, Sadie moved to Scotland in 2012 and has called it home ever since.

A keen amateur dramatist, and lover of lawn bowls and football, Sadie has considered moving back to Germany, or even back south of the border to England. However, she always ends up staying where she is in Gourock, on the shores of the Clyde. She points out that this is because she could not find anywhere better to live than Scotland – especially in the sunshine!

“I doubt I will ever feel more comfortable than I do in this country - Scotland and its residents have been awfully kind to me. I can definitely see why many LGBT+ people head for Scotland for a new start”. 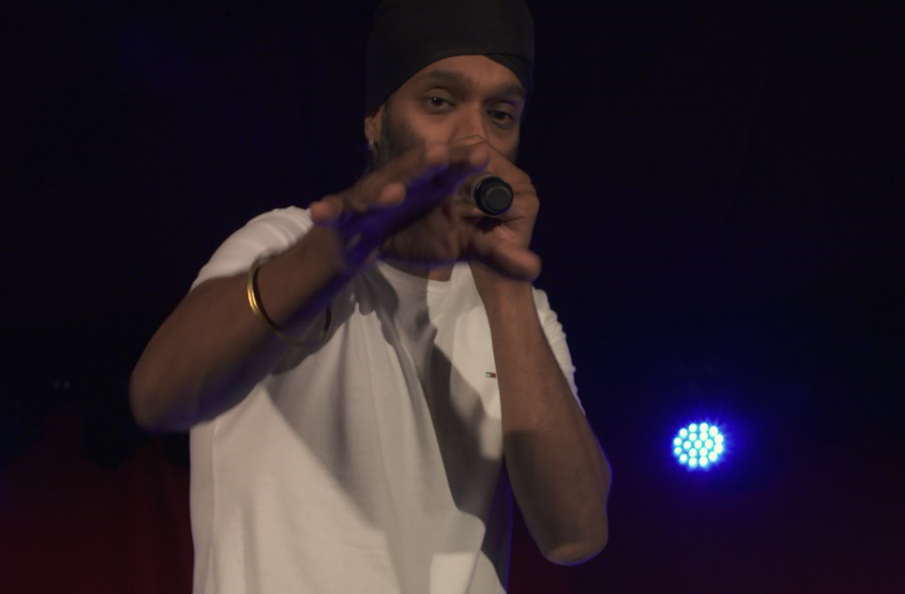 Glasgow-born Sikh, Bigg Taj, is a beat boxing phenomenon that you really have to see to believe! Dropping beats for more than 10 years, Bigg Taj has been carving a totally unique niche for himself as a beat boxer like no other from the second he stepped on the stage.

As well as beat boxing, Bigg Taj is also known for dropping lyrics over Indian hip hop tracks, with the lyrics heavily influenced by the youth work he does in Glasgow. His impressive skills have seen him support huge acts in the hip-hop world, including Chance The Rapper, Method Man and Redman.

Bigg Taj was really keen to showcase his talent as part of the Scotland is now diversity video:

“Scotland is a diverse place and is starting to thrive with more culture. It’s important to highlight these aspects of Scotland and to show the world that we can be open and welcoming to everyone no matter where they are from”.