February is LGBT History Month in Scotland, a month-long festival of events designed to celebrate LGBT life and culture. 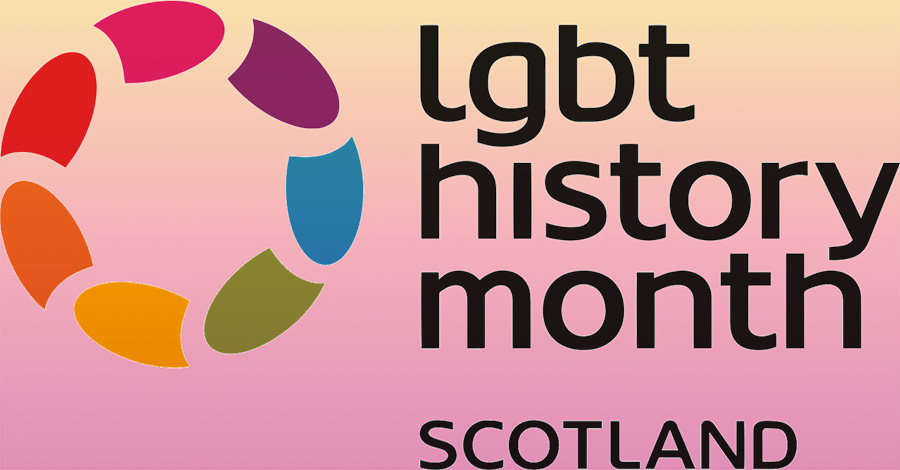 LGBT History Month gives us an excellent opportunity to recognise the many amazing things that LGBT people and communities have achieved in Scotland and around the world. Every year, an amazing range of cultural, educational and arts events are put together across Scotland to celebrate. With everything from film screenings and debates to parties and ceilidhs, you’re sure to find something to suit every taste.

LGBT History Month is celebrated around the world, but the UK is the only country that celebrates it in February. Throughout the rest of Europe, the USA and South America, each country has their own special reason for choosing their month. For example, the USA celebrates LGBT History Month in October each year, to coincide with their ‘National Coming Out Day’ on 11 October.

In the UK, February was specifically chosen to correspond with the abolition of ‘Section 28’, a law that discriminated against the LGBT community. This law was repealed throughout the rest of the UK in 2003, but the Scottish Government actually repealed it three years earlier, in 2000. It was actually one of the very first pieces of legislation enacted by the then newly formed Scottish Parliament.

Since then, LGBT rights in Scotland have evolved extensively and we’re proud to say that we’re now one of the most progressive countries in the world. Today, Scotland has a buzzing LGBT scene and while you’ll be welcomed pretty much anywhere, we also have a huge range of bars, restaurants and clubs that cater specifically for the LGBT community in most of Scotland’s larger cities.

LGBT Youth Scotland is a voluntary organisation that’s dedicated to ensuring young LGBT people in Scotland (aged 12 - 26) are included in the life of Scotland. Their vision is for every LGBT young person to have a safe and supportive upbringing, better health and wellbeing and a chance to reach their full potential. Simply put, LGBT Youth Scotland are focused on making Scotland the best place in the world for lesbian, gay, bisexual, transgender and intersex people.

You may not know this, but Scotland is actually already a world-leading country in a number of LGBT areas. Chief amongst these is the ground-breaking Time for Inclusive Education legislation that was introduced at the tail end of 2018. The result means that Scotland will become the first nation in the world to embed the teaching of LGBT history and rights into the curriculum of every public school in the country.

It is hoped that this will help tackle issues including homophobia and transphobia, and go a long way towards maintaining Scotland’s position as one of the most LGBT-friendly countries in the world. The new curriculum aims to be in place throughout all of Scotland’s public schools by 2021.

Scotland is leading the way

But that’s really just the tip of Scotland’s inclusive iceberg! Our capital city, Edinburgh has been named as one of the most LGBT-friendly cities in the world. The survey included questions ranging from the dating scene and nightlife right through to safety and LGBT rights and engaged with tens of thousands of people, with Edinburgh securing one of the top spots.

As well as this, the Rainbow Europe Index voted Scotland as the best country in Europe for LGBT equality and human rights in both 2015 and 2016, with us finishing a close second, behind Malta, in 2017. Also, in the world of politics, as recently as 2016, three of Scotland’s six political party leaders were openly LGBT, emphasising Scotland’s acceptance of the LGBT community and how integral they are to our country.

LGBT History Month is a hugely inclusive experience and everyone is welcomed to take part in the events, LGBT and non-LGBT people alike. The month is also a great opportunity for local authorities, businesses and other organisations to really show their support for the LGBT community.

Whether you want to get involved and run your own event, or just find out what is going on around the country, they have a dedicated website to provide you with all the information that you need.