Let there be light - Beltane banishes the dark

Celebrate the coming of summer with a dazzling display of fire and flame, costume and dance, folklore and more. 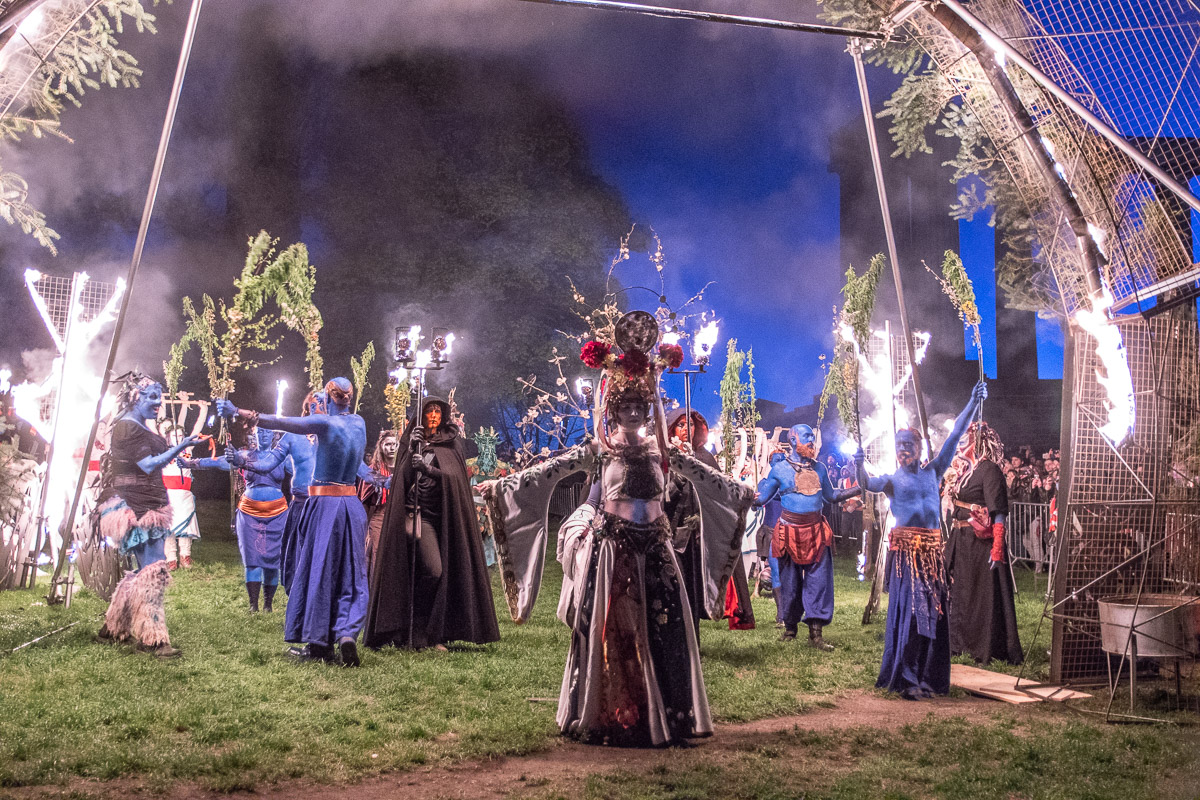 On 30 April, atop Calton Hill, we will welcome the spirit of summer in a flurry of fire, dance, and drumming.

In Scotland’s pre-Christian past, communities across the country would seek Bel’s support for protection and a good harvest. As spring reached its peak, every fire in the community was put out and a special fire was kindled – the Tein-eigen, ‘the need fire’.

Villagers would jump through the fire to purify, cleanse and bring fertility. And, cattle were driven through the smoke to protect them from disease. Once the festivities were over, villagers took embers of the Tein-eigen home to start their fires anew.

Think of it a bit like the film The Wickerman – minus the element of human sacrifice! 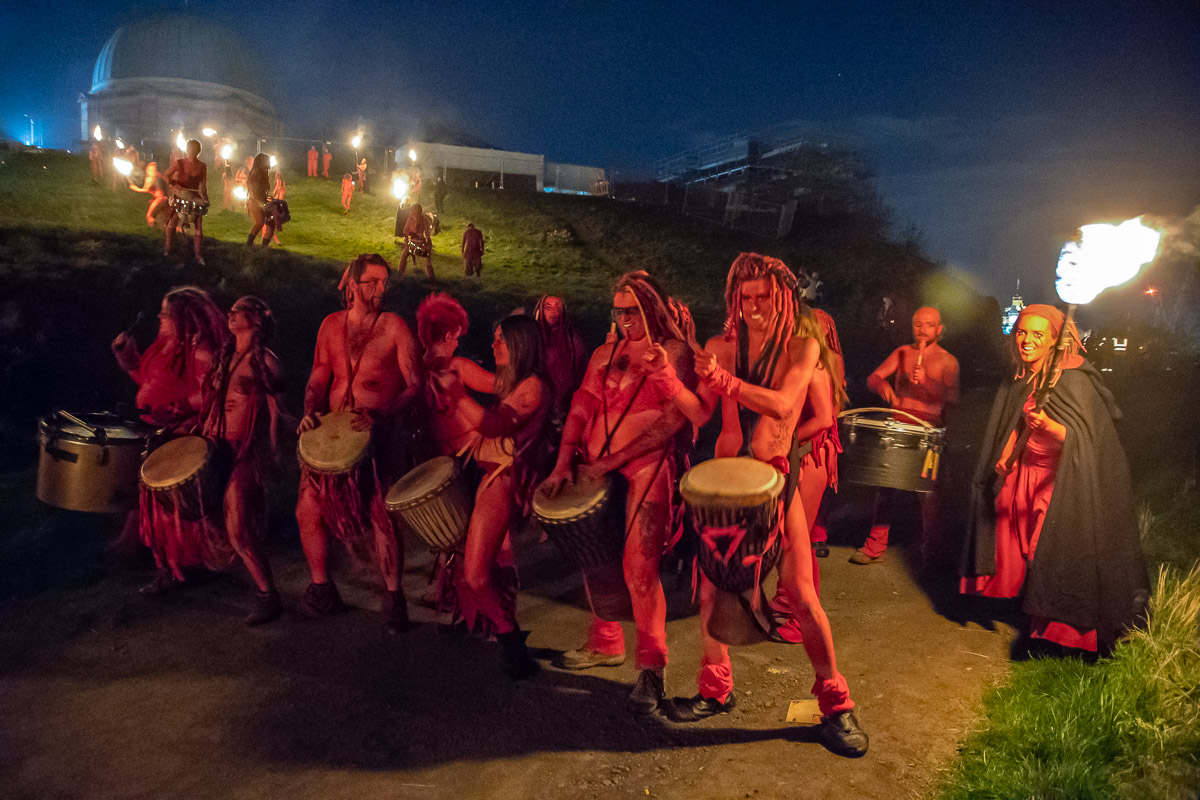 With the coming of Christianity, the historic fire festival passed into the pages of history until 1988, when a small group of Celtic enthusiasts decided to rekindle the celebrations, with academic support from the School of Scottish Studies at the University of Edinburgh. Since then, the fire festival has grown and grown, and now involves over 300 volunteers and performers.

Now Scotland’s largest fire festival, the event, on Edinburgh’s Calton Hill, features a wild mix of fire, drumming, dance, and acrobatics. Through dazzling fiery displays, elaborate costumes, and immersive storytelling, the festival shows the May Queen transforming the Green Man from his wintry guise so they can rule together over the warmer months.

Make no mistake, this is a unique and eye-opening event.

Organised by the volunteer-run Beltane Fire Society, which organises two fire festivals each year in Edinburgh’s city centre, Beltane, on April 30, and the winter Samhuinn festival, on October 31, the event brings together a whole host of community groups.

Volunteer performers will have been making their costumes and rehearsing their dance moves all winter in preparation for the annual fire party. Mind you, some of those costumes leave little to the imagination – it takes a brave volunteer to dance, near-naked, in Scotland, in May. The local midges see the event as a kind of moveable feast, or open buffet.

Beginning at sunset, and lasting for over three hours, the action starts with the procession of the May Queen at the National Monument (known locally as The Acropolis). There is no central point to the promenade performance, so feel free to follow the drummers, dancers and other performers around the hill. The action concludes, around 1am, with The Death and Rebirth of the Green Man.

The fires and torches of the event cast an eerie glow across old Edinburgh, while the non-stop drumming echoes the ancient heartbeat of the earth and its seasons. 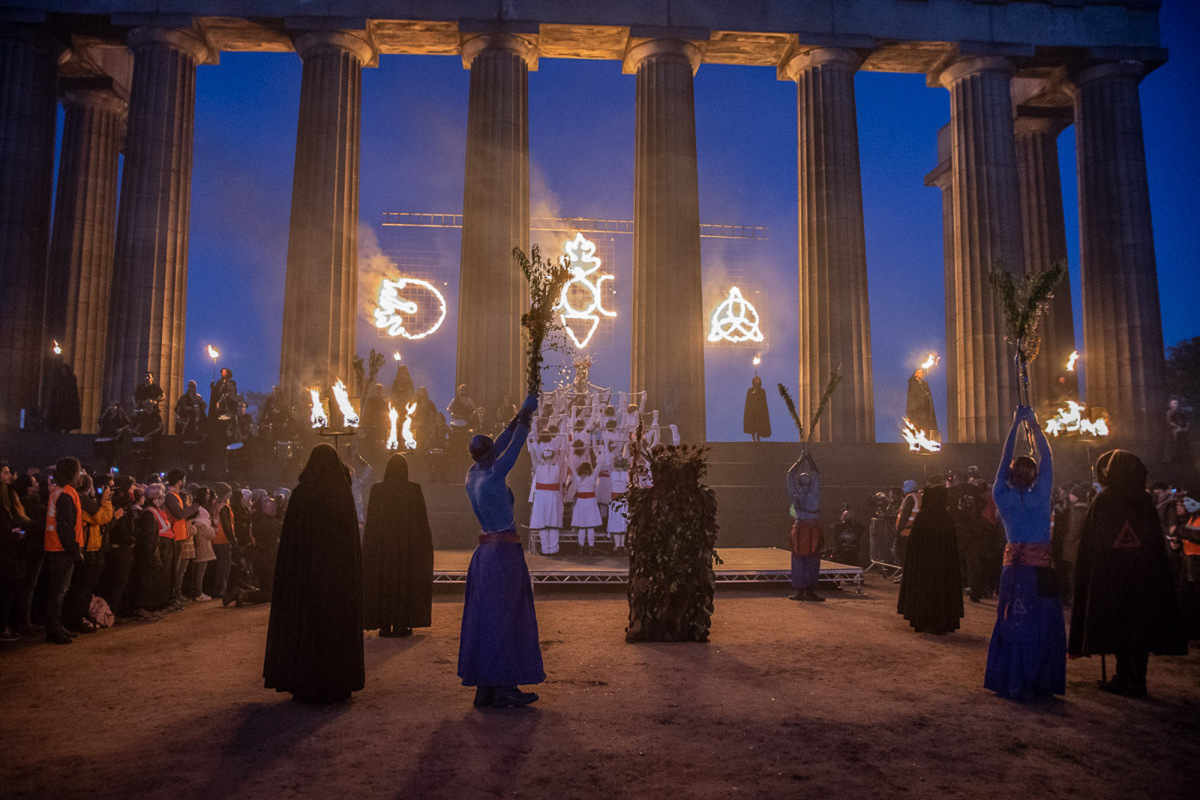 The good news is, you don’t have to be an ancient Celt, or even a Scot to share in this fire celebration. All are welcome to join the fun. It’s a night you won’t forget.