Guardians of the marine environment

A unique business link-up between Heriot-Watt University, The Marine Conservation Society, and Glenmorangie – one of the world’s leading distillers – has won the Business Collaboration category at the prestigious Guardian University Awards 2019.

The Awards recognised the Dornoch Environmental Enhancement Project (DEEP) as an exemplary scheme. As well as revitalising the local marine habitat and repopulating the native oyster stocks in the area, the project is also now inspiring other environmental restoration schemes across the world.

The involvement of Highland whisky distiller, Glenmorangie – which is based at Tain on the banks of the Dornoch Firth – makes perfect sense. After all, the two things that successful whisky and oyster production demand are cold, clean water – something Scotland has in abundance!

The ground-breaking collaboration between industry, academia and charity, is restoring native European oysters to the protected area of the Dornoch Firth, in north-east Scotland, after more than a century’s absence. DEEP will recreate entire reefs, a concept that has never before been accomplished in Europe.

With two coastal distilleries, the Glenmorangie Company wanted to reduce its environmental impact.

This collaboration is already bringing about a range of benefits including: 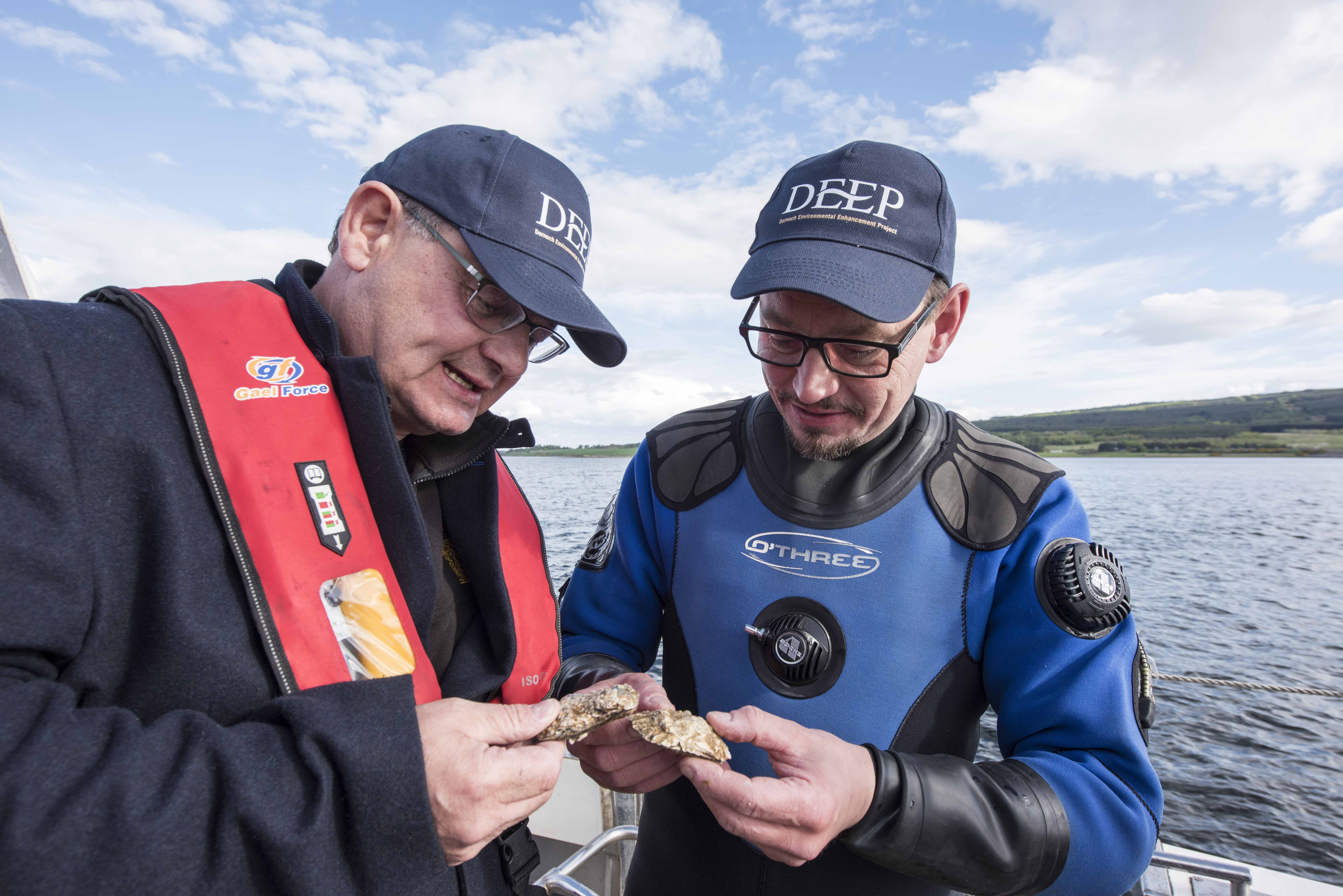 These native beds will become functionally mature over the next 10-20 years. These numbers will be expanded to 200,000 over three years, then four million over five years, creating a 40-hectare, sustainable reef that will be an exemplar project.

The project aims to put Scotland, and Scottish innovation at the forefront of native oyster restoration.

"It's been amazing working with such dynamic partners on the project. Glenmorangie bring such a refreshingly long-term vision of sustainability and stewardship into the mix, whilst the Marine Conservation Society has unrivalled traction, pushing for a better alternative future for our marine environment".

"This award is testament to the results that can be achieved through partnership collaboration. We look forward to continuing to share the results of DEEP with global audiences”.

Over the last 18 months, over 50,000 members of the public of all ages have engaged with DEEP, ranging from visits to the Glenmorangie Distillery to attending Heriot-Watt open days.

Heriot-Watt is also celebrating a runner-up award in the Research Impact category at the awards for The Smart Control of Rural Renewable Energy and Storage (SCORRES) project.

The Innovate UK-funded project tackles the impact of agriculture on freshwater supply in India, where 54 per cent of the country faces extreme water stress, and farmers are increasingly indebted due to the volatility of crop yields and prices.

The SCORRES project demonstrates how Heriot-Watt delivers international research and collaborations that find solutions at the core of global sustainability goals.