Glasgow on a plate: new cook book shows city chefs have a recipe for success

Glasgow, for so long the butt of food critics’ jokes, is biting back.

Long gone are the days of greasy spoons, all-day breakfasts, and deep-fried everything, to be replaced by a vital and flourishing food scene.

Glasgow - Scotland's largest city - is now setting the pace when it comes to delicious, casual dining. Sure, it doesn’t boast any Michelin stars, but Glasgow diners, and the tens of thousands of domestic and overseas tourists and conference visitors the city attracts every year couldn’t care less. What they want is good food, innovative cooking, fabulous flavours, great service, and comfortable surroundings.

And a new generation of ambitious young Glasgow chefs and restaurateurs are serving up all that, and more.

If we are what we eat, then a city’s food scene gives a snapshot of its inhabitants’ tastes. 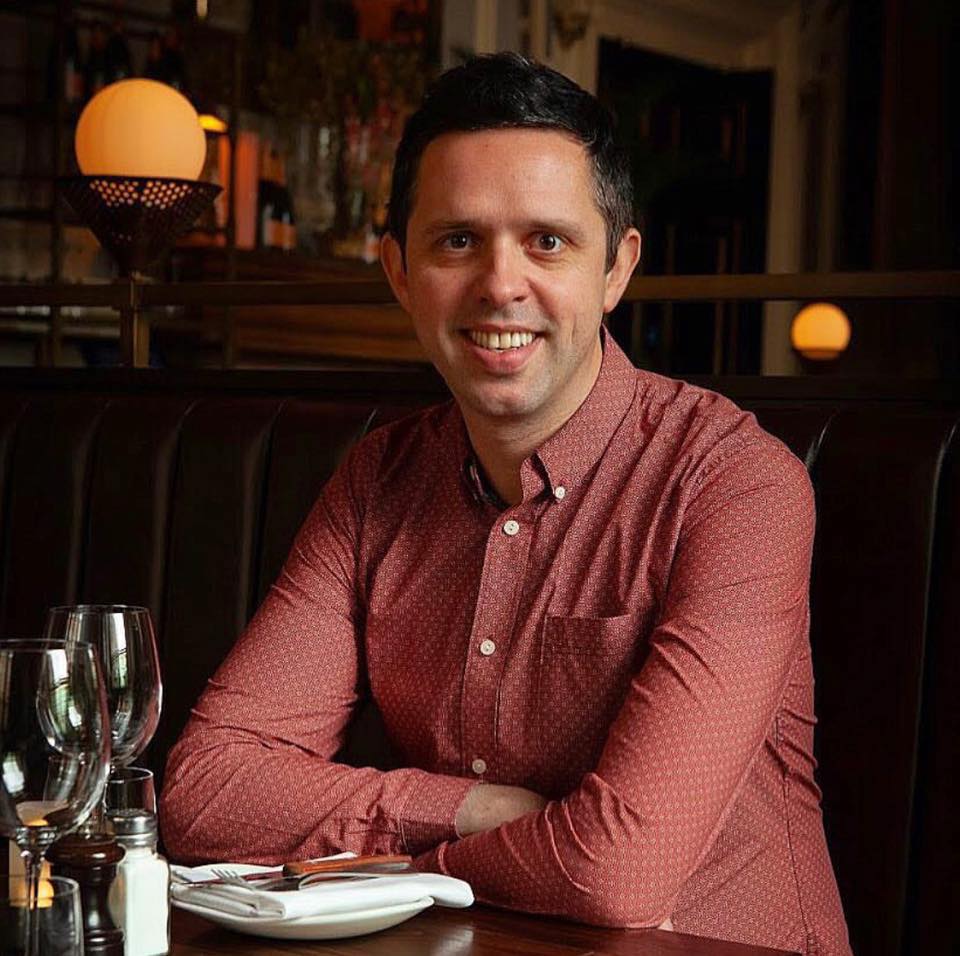 Working on that theory, local journalist and foodie Paul Trainer, above, the man behind the city’s #Glasgowist.com website, has just published ‘The Glasgow and West Coast Cook Book’ (£14.95 Meze Publishing) – a compendium of recipes, kitchen tales, and top tips gathered from some of Glasgow’s favourite dining spots.

Trainer believes the book is greater than the sum of its parts; uniting the finest chefs in the west of Scotland, the book became more than a collection of restaurant dishes to try at home:

“It's a portrait of where we live right now, through the food that we eat, the people that make it and the neighbourhoods that they enliven.”

If you like good food, this is Glasgow’s own ‘Kitchen Confidential’, with some of the city’s top chefs sharing the recipe secrets that keep their tills ringing, their tables filled, and their customers coming back for more.

From long-standing city eateries, including seafood favourites Two Fat Ladies, and Gamba, to more recent kids on the block, such as Hutchesons’ City Grill, and The Spanish Butcher, Trainer has inveigled his way through the swing doors and into the heat, clamour and creativity of some of Glasgow’s busiest kitchens; wiping the steam from his glasses to note down just how they go about satisfying the city’s appetites.

While Trainer praises the constants on the Glasgow dining scene, likening them to stars by which to guide your Glasgow food journey, he’s equally excited by the new arrivals on the scene; the innovators and independents who are bring fresh flavours and new tastes to the table.

With forewords from Ivan Stein and Peter McKenna from The Gannet, and Ryan James from Two Fat Ladies at The Buttery, the book celebrates the relationship between Glasgow and the surrounding countryside, formed by the supply of fresh Scottish produce.

“The book arrives at a point in which the city's food scene is thriving. It gives recognition to some of Glasgow's longest-serving restaurants and the exciting newcomers who are now setting it alight. We are delighted to find ourselves as part of such an impressive collection.”

From fine dining establishments to delicious delis, old neighbourhood favourites to new arrivals, gastro pubs to creative cafes, the book gives an insight into what Glasgow is eating now.

Trainer also steps out of the kitchen to talk to some of Glasgow’s best suppliers - the fish merchants, meat and poultry dealers, artisan bakers, and fungi foragers – the people who ensure that the city’s chefs work with the freshest and finest ingredients that Scotland’s larder has to offer.

And it’s not only Glasgow favourites which feature in the book. Trainer steps out of the city to stravaig the nearby country and coast, bringing in a haul of recipes from further afield.

If you enjoy good food, then this is Glasgow on a plate.