In Canada, Tartan Day has become an annual celebration of Scottish culture and heritage, with the government making it an official day of celebration. The day originated in Canada in the mid-1980s in Nova Scotia and has grown more popular every year. 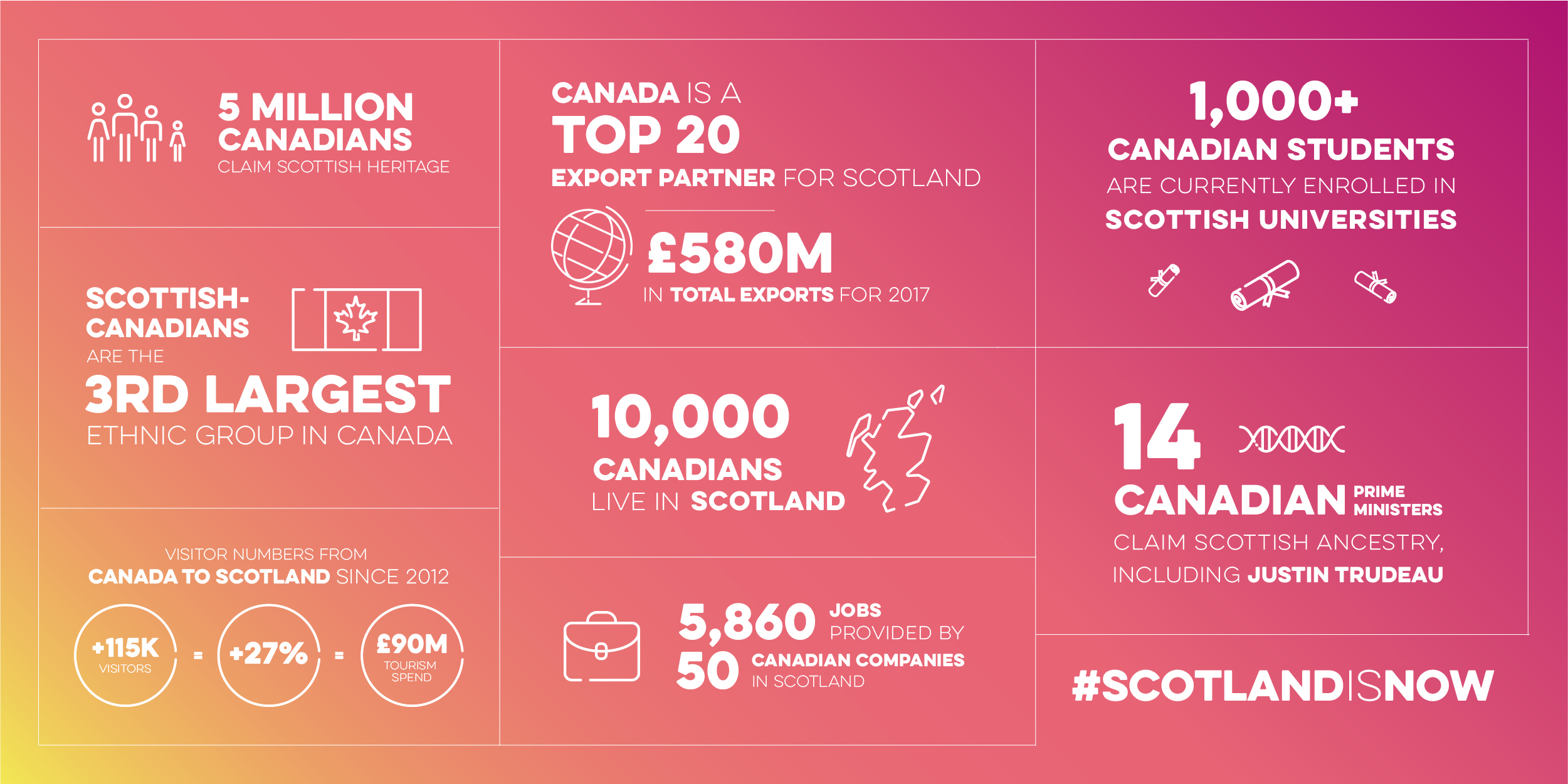 Majestic mountains, an abundance of freshwater and northern winters to warm your heart - Scotland shares so much with its Canadian cousin. So much in fact that Tartan Day has become an annual celebration of Scottish culture and heritage in Canada.

And now the Scottish Government has officially opened a new office in Canada, trade and business links between the countries will build upon both nation's lasting legacies together.

Did you know Canada has consistently been a top 20 export partner for Scotland, with exports in 2016 totalling £610 million? It is also one of Scotland’s biggest inward investors, with around 3,650 jobs provided by 45 Canadian companies in Scotland.

But back to Tartan Day in Canada. Where did it all begin? Well, turn the clock back to a meeting of the Federation of Scottish Clans in Nova Scotia on 9 March 1986. Members, Bill Crowell, and Jean MacKaracher-Watson, put forward the following motion to the Federation:

"That we establish a day known as 'Tartan Day'. This to be a day chosen to promote Scottish Heritage by the most visible means. The wearing of the Scottish attire, especially in places where the kilt is not ordinarily worn, i.e.: work, play or worship."

Starting originally as 'Tartan Day in Nova Scotia', Jean Watson approached every provincial Legislative Assembly in Canada, as well as other Scottish-cultural societies across Canada, to help get such a date established.

After ten years, the special day was approved in every Provincial Assembly from sea-to-sea by the Premier's proclamation or Members' Bill. The last was at the National Assembly at Québec City, where it was finally proclaimed in December 2003, 16 years after it the first such proclamation in Nova Scotia.

Here are the Provinces of Canada, in order, on which Tartan Day was proclaimed:

With thanks to The Federation for Scottish Culture in Nova Scotia