Thousands of people across the USA and Canada unite every year to celebrate Scotland Week, and Tartan Day. Many people have a strong connection to Scotland from their family history, doing business, studying or it being their favourite vacation destination, and the week of activities helps them to celebrate their connections in sensational style. 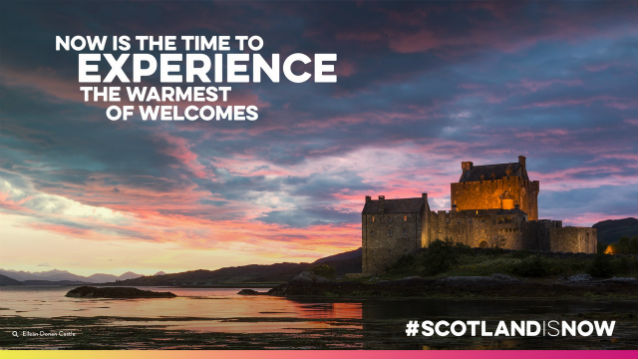 If you could bottle it, the spirit would warm the hearts of people all over the world. Yet we're not talking whisky - we're talking about the thousands of US and Canadian people who come together every year to celebrate the spirit of Scotland over a week.

Tartan Week, and Tartan Day in Canada, unites everyone who loves to celebrate everything they value about Scotland. From those with Scottish ancestry, and those taking their studies abroad, to businesses finding a home and those people who simply want to delve deeper into Scotland's unique culture, Tartan Day has something for everyone.

The event traces its own roots back to the mid-1980s and since then the week has continued to build momentum across the USA and Canada, growing larger each year. The reason it is celebrated in the first week of April is to coincide with the signing of the Declaration of Arbroath - Scotland's own Declaration of Independence - which was signed way back in 1320.

Fast-forward 35 years and the event proves that Scotland is now more than ever on the world stage. Our generosity of spirit, progressive mindset and innovative streak are the beating heart of a small nation with a huge global ambition.

From Scottish ceilidh dances to Tartan Day cocktails and the parade itself, the week-long series of events enables people to live and breathe the spirit of Scotland. The celebrations showcase North America’s connections to Scotland. The event offers much more for eager participants to raise a glass, not to mention their heart rates. The schedule is action-packed. All of this would be incomplete without the famous Tartan Day Parade, when pipes and drums parade proudly in New York.

Scottish culture in the heart of North America

For the past two decades, the Scottish Government, Scottish Development International, VisitScotland and many other organisations have staged events, working together to create a uniquely-Scottish experience for everyone taking part.

With over 50 million people across the world claiming Scottish ancestry, Scotland Week strikes a chord through exciting music, theatre, and art.

Want to know why Scotland’s such a special place?

Here's why it should be on your wishlist to visit